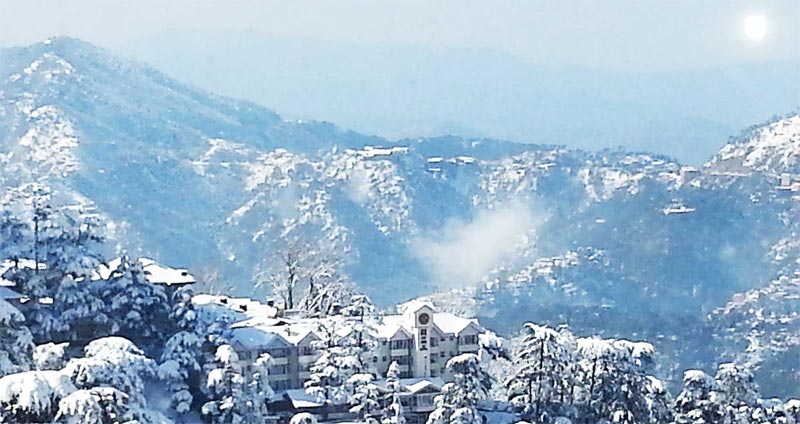 Shimla is the capital of the northern Indian state of Himachal Pradesh and is one of the major and important hill stations. It is situated in the foothills of Himalaya.

It is one of the most eminent tourist destinations in the country and covered with snow in winters. Shimla’s pleasant weather makes it the most popular hill stations of India. In 1864, Shimla was declared as the summer capital of British India. After independence, the city became the capital of Punjab until Chandigarh was established and was later named the capital of Himachal Pradesh. Kalka – Shimla railway line was completed in 1906 in Shimla. Its name is derived from the goddess Shyamala Devi, an incarnation of the Hindu goddess Kali. It is situated at a height of 7267 ft.

Shimla has got a scenic location; it is surrounded by green hills with snowcapped peaks. It is said that Shimla is considered to be a favorite place for nature lovers. Tourists came here for skiing, trekking, paragliding, rafting and mountaineering.  This town has colonial-style buildings alongside the historic temples and the amalgamation of the worlds leaves everyone visiting this region spellbound.

Various festivals are celebrated here. The Shimla Summer Festival, held every year during peak tourist season,is celebrated on the Ridge. The highlights of this event include performances by popular singers from all over the country.