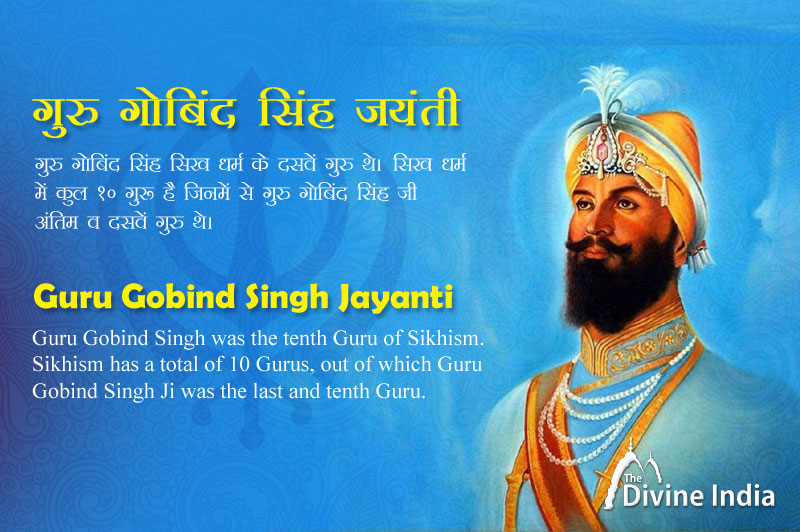 The place where Guru Gobind Singh was born is now Takhat Shri Harimander Ji Patna Sahib. In 1670, his family again moved to Punjab. In March 1672, his family moved to a place called Chak Nanaki, located in the Shivalik Hills of the Himalayas. Chak Nanaki is now called Anandpur Sahib. This is where his education started. He took Persian, Sanskrit lessons and learned military skills to become a warrior.

On 11 November 1675, Aurangzeb publicly beheaded his father, Guru Tegh Bahadur, at Chandni Chowk in Delhi for not accepting Islam. After this, on the day of Vaishakhi, on 29 March 1676, Govind Singh was declared the tenth Guru of the Sikhs.

His education continued even after becoming the 10th Guru. Under education, he learned writing-reading, horse-riding and military skills, in 1684 he composed Chandi Di Vaar. Till 1685 he lived at a place called Paonta on the banks of river Yamuna.