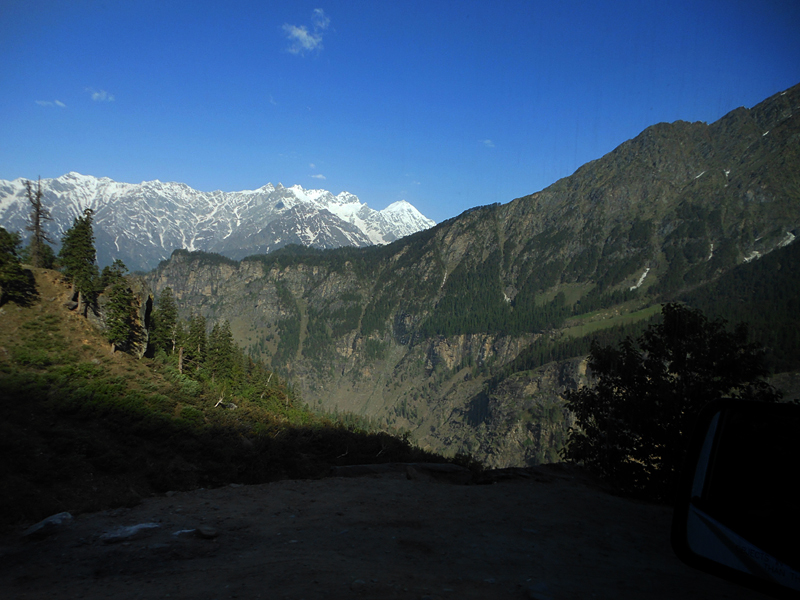 Manali is a famous hill station and tourist destination of North India, which is an important and beautiful hilly area of ​​Kullu district of Himachal Pradesh state of India. The road to Leh Ladakh starts from Manali. Manali is named after Manu, a legalist of Sanatan Hinduism. The name Manali is considered as a derivative of 'Manu-Alaya' which literally means 'Abode of Manu'. The Manali region is known as the 'Valley of the Gods'. Purana Manali village is an ancient temple dedicated to sage Manu.

The apple fruit surrounding this region is very famous. The British first established an apple orchard near Patlikuhal, before which no apple tree grow in this area. To date, apples - along with plum and pear - remain the best source of income for most residents.

From 1980 onwards Manali had become the main hill station of tourists in India because tourists stopped visiting Kashmir due to terrorism in Kashmir.

Manali at an altitude of 1,951 m is an important hillstation near the northern end of Kullu Valley in Himachal Pradesh. It is situated in the Beas River valley (Vyaas in Hindi). It is a popular tourist destination for Indians in summer and a magical, snow covered place in winter.

Manali is located about 250 km (155 mi) north of state capital, Shimla. A staging point for a number of treks (Beas Kund, Chandrakhani Pass) and sports such as white-water rafting, Manali is on the road to Ladakh via the valley of Lahaul and Spiti and rohtang pass which is main attraction near manali.

The Kullu valley has an ancient town in its lap called Manali. It is an excellent place for a holiday, a favorite resort for trekkers to Lahaul, Spiti, Bara Bhangal (Kangra), and Zanskar ranges. From temples to antiquity, to picturesque sight-seeing spots and adventure activities, Manali is a popular option for all seasons and for all travellers.

Weather
Minimum temp could be below -5 C from Oct to March. Rest of the year the minimum temperature would be between 15 to 20 C.

Transport
Rail: Nearest convenient rail head are at Joginder nagar railway station, Chandigarh and Pathankot. Manali can be reached from road from these stations.
Road: Manali is well connected by road with Delhi, Ambala, Chandigarh, Dehradun, Haridwar, Shimla, Dharamsala and Chamba/Dalhousie. Regular buses ply between these stations. It is connected with Leh during July to October.