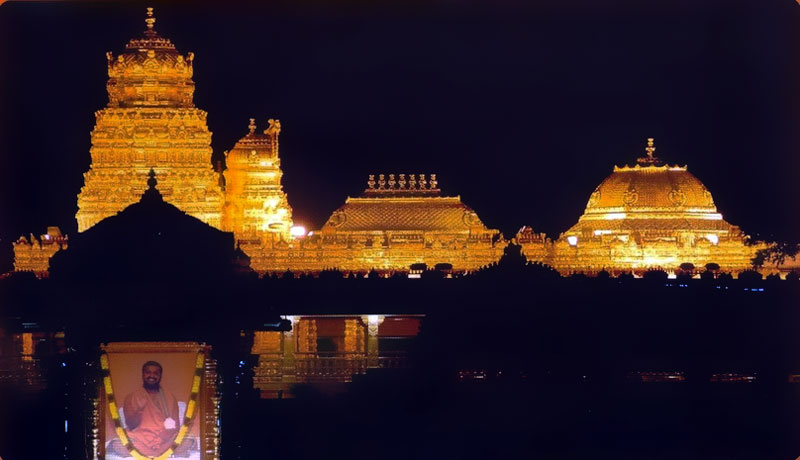 The famous temple of Shri Mahalakshmi, which is mainly known as Golden Temple. This temple is a famous temple of the Hindus. This temple is dedicated to Mata Lakshmi Narayani, wife of Lord Vishnu. This golden temple is situated in a village of Thirumalai Kodi, 8 km from Vellore, Tamilnadu in south India. This village is situated between a small chain of green hills. A temple and a spiritual park have been built in Thirumalai Kodi village in Vellore city.

The construction work of this temple was completed on August 24, 2007. About 1500 kilograms of gold is used in the construction of this temple, which is worth around 300 million rupees (US $ 65 million). Which is the largest amount in the whole world. This complex is built on nearly 100 acres of land. This temple has been built by Shri Narayani-Peedam of Vellore, by the religious master Shakti Amma. A religious master, Amma is also called 'Narayani Amma'.

The Sri Narayani Hospital and Research Center is a general hospital located near Sripuram temple complex and it is also run by 'Shri Narayani Peedam' Charitable Trust.

Blog/Hinduism
What are mantras, why are they recited?