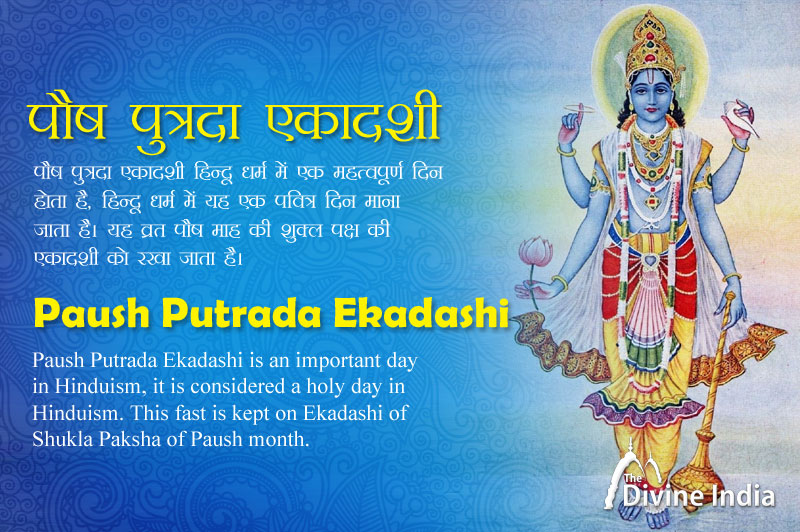 This day is especially celebrated by Vaishnavas, the followers of Vishnu. In Hindu society the son is considered to be absolutely important as he takes care of the parents in his old age and performs Shradh after death. While each Ekadashi is set for certain goals, the goal of having a son is so great that two Putradas are dedicated to Ekadashi.

Women who wish to have a son observe a fast on Putrada Ekadashi and pray to Vishnu. Husband and wife also worship Lord Vishnu for the well being of their children. Cereals, beans, cereals and some vegetables and spices are avoided on this day. In this fast, fasting is kept for the whole day. Shyam should worship Lord Vishnu and read the story.

The Bhavishya Purana reveals the story of Putrada Ekadashi as told by Lord Krishna to King Yudhishthira. Once, the king of Bhadravati, Suketuman and his queen Shaivya were very sad about not having a child. Both were worried that after their death, their souls would not get peace without performing Shradh.