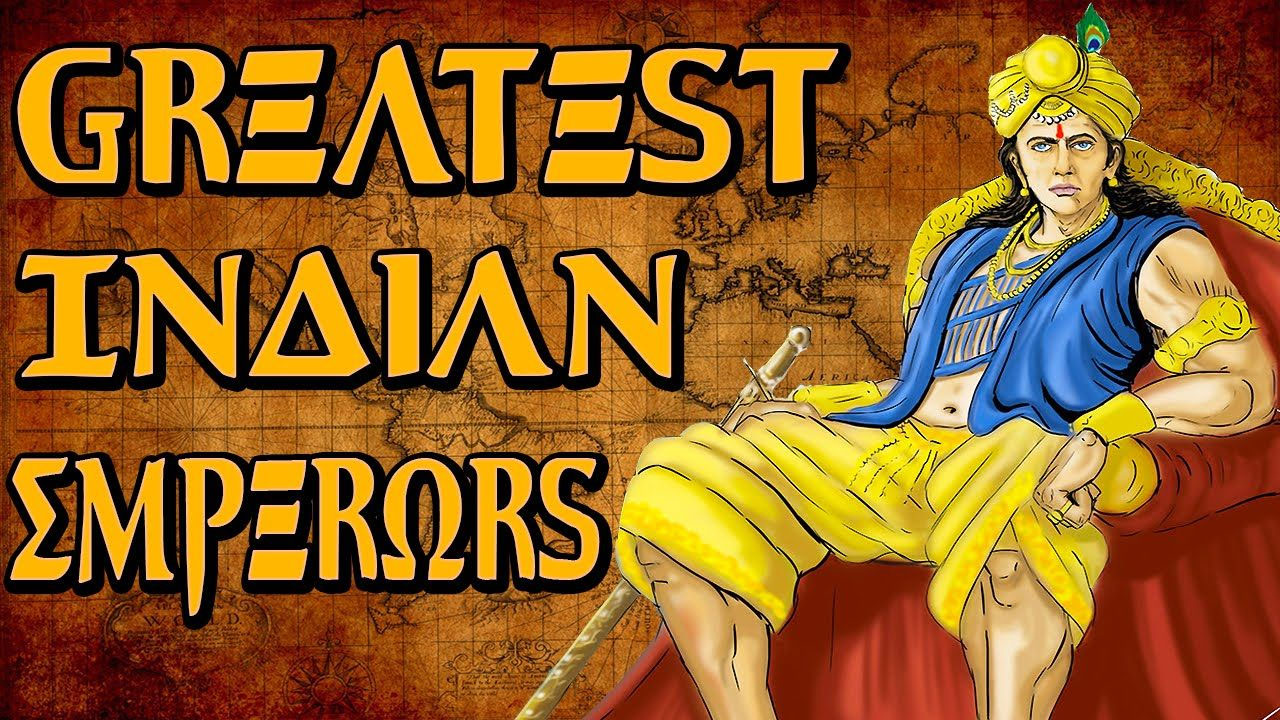 India has been a country of great rulers. In different times, more than one kings have ruled India and today we are presenting a list of ten such rules with you.

This list has been made keeping in mind the extent of the state extended by the ruler and the effect it has had on the people of India and the culture of the country. And we have given preference not only to the strategic ability but also to the kings having royalty and welfare towards the people.

1. Ajatashatru - 491 BC:
Ajatashatru ruled Magadha and was from the Haryanka dynasty. His father was Emperor Bimbisara, Ajatashatru captured his father by capturing power.
Ajatashatru took place in the time of Buddha and Mahavira and gave him complete patronage. Ajatshatru defeated Vajji and gained control of a large state like Vaishali. Ajatashatru defeated his brother who was the ruler of the Khosla kingdom and also gained suzerainty over Khosla. In Ajatashatru's time, Magadha was a very powerful kingdom of Madhya Bharat.

2. Chandragupta Maurya (340 BC)
Chandragupta, the founder of the Maurya dynasty, known as the first Ahmaraja of India, started his campaign after attaining Chanakya Rupi the great strategist as a guru and started winning the war at the young age of 20. He was fully capable of resisting Alexander's invasion of India.
As a child, Chandragupta was seen by Chanakya at Taxila, he realized the talent of the child Chandragupta and he gave good education to Chandragupta.
After growing up, Chandragupta started his kingdom by destroying the Nanda dynasty, he also captured Magadha and extended his kingdom in the west to Iran. Alexander's commander at that time, Selukas, ruled there. Chandragupta defeated him in battle and took back a lot of kingdom.

3. Emperor Ashoka (304 BC):
Ashok the Great was a ruler whose kingdom extended from Afghanistan to Burma and from Kashmir to Tamil Nadu. His capital was Pataliputra. Ashoka is considered the most powerful king in the history of India. Ashoka was the third ruler of the Maurya dynasty, Ashoka was a very harsh ruler in his early days, hence he was called Chand Ashoka. But seeing the death of millions of people in the Kalinga war, his heart changed and he gave up his campaign of expansion. Emperor Ashoka contributed a lot in spreading Buddhism abroad. The national symbol of India and the wheel of the flag are taken from the Ashoka Pillar.

4. Samudragupta - Fourth Century
Samudragupta was the king of the Gupta dynasty who never lost any war in his entire life. Together with his son Vikramaditya, he started the Golden Age of India. He started the practice of currency and made gold currencies. Cultural rise of India took place in his kingdom.

5. Raja Raja Chola (Chola Dynasty) 10th century
Raja Raja Chola was the most powerful of all the kings in the south. He made his rule in the south and spread his influence to Sri Lanka. The Chola dynasty had a clear influence on the commercial sea routes of the Indian Ocean and could not trade here without their permission. He has built more than 100 temples, the best and most historic of which is the Shiva temple of Tanjore which has been declared a World Heritage Site by UNESCO.

6. Krishnadevaraya 1509 - 1530
The great king of the south, Krishnadevaraya, was the ruler of Vijayanagara, he stopped the advance of Mughal rule in South India and built many temples.
Krishnadevaraya was the third ruler of the Tuluva dynasty, he expanded his kingdom by defeating the Sultan of Golconda and the king of Odisha. Krishnadevaraya is considered to be one of the most powerful Hindu kings of that time. Because of his influence, Babur did not attack Krishnadevaraya's kingdom.

7. Maharana Pratap 1540-1597 (Mewar dynasty - Rajput ruler)
In the Mughal period, when the other rulers of Rajputana had signed with the Mughals, the sun which rose on the land of Mewar was named Pratap. Hearing the saga of Mewari tradition and valor from mother, Pratap's mind started devoting his motherland to his motherland and he devoted his life to protect the nation, clan and religion.
Even after being defeated by Akbar and wandering in the jungles, his heart did not break and Maharana regained Chittorgarh and raised the glory of Rajputs again.
Maharana pledged that till he does not return to Chittorgarh, he will neither sleep on the bed nor eat in sleeping plates. He had abandoned the consumption of state happiness for his karma.

8. Akbar (1556–1605)
Akbar was the third ruler of the Mughal dynasty. He ruled almost the entire Indian subcontinent north of the Godavari river. Akbar was the only king who received equal affection and respect from people of both Hindu and Muslim faiths. To unify the vast Mughal kingdom, Akbar established a centralized system of administration throughout his empire and ended the possible rebellion by marriage diplomacy of the defeated kings.

9. Shivaji Maharaj 1660-1680 (Maratha rule)
Shivaji Shahji Bhosale became a very popular and successful ruler of Maratha rule. He had mastered the guerrilla martial arts from a very young age. He had an infinite sense of patriotism from a young age and he did not like the Mughal rulers at all. He was a skilled leader, successful politician and astute strategist.
In his best time he had more than one lakh soldiers present. He has written the rules of his martial arts in his Shivaji Sutra. He made rules to use Marathi and Sanskrit in place of Persian language for the work of royalty.

Maharaja Ranjit Singh had got his iron medal in the form of Missaldar and started expanding his kingdom by defeating other Misaldars. He occupied all the areas of the Pajab region, between the British in the east and Durrani's kingdom in the west.
Ranjit Sing ji united the entire Pujab and established the Sikh state. Maharaja Ranjit fought many battles against the Afghans and captured Pashtun territory including Peshawar. This was the first time that a non-Muslim had ruled Pashtuno. After that, they also captured Peshawar, Jammu Kashmir and Anandpur. According to British historian JT Wheeler, if he were a generation old, he would have conquered the whole of India.