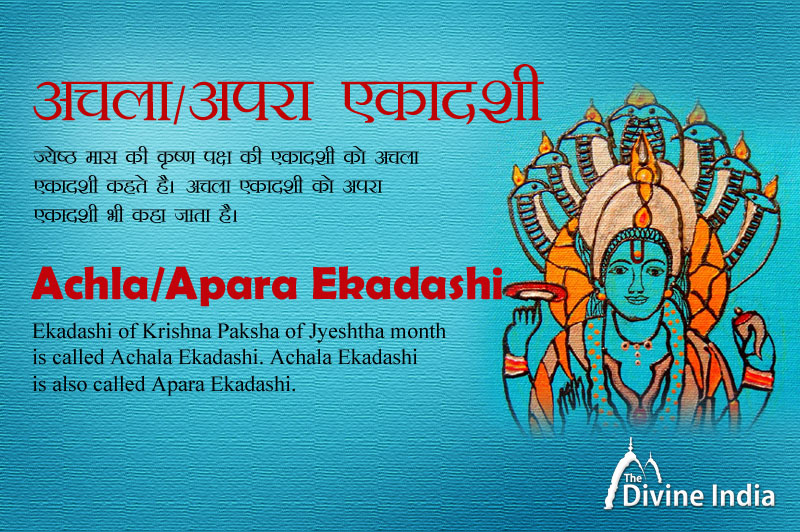 By observing this fast, one gets rid of the evil deeds like Brahma Khatna, Paranda, Killing of the fetus, Parsarigami and there is an increase in fame, wealth and wealth. Lord Krishna said this to Yudhishthira.

A princely king named Mahidhwaj ruled during the primal period. See the irony of the law that his younger brother Vajradhwaj was very cruel, unrighteous and unjust. He considered his elder brother as his enemy. On one occasion, he killed his elder brother King Mahidhwaj and buried his dead body under a peepal tree in the forest.

The king's soul started dwelling on Peepal and persecuted those who came. Suddenly, one day, the sage went out from there. He understood the reason for Phantom's rise from Tapobal and his life story. The sage delighted and took the phantom from the peepal tree and preached the hereafter. The merciful sage himself fasted Apara (Achala) Ekadashi for the salvation of the king's phantom vagina and offered his virtuous phantom to redeem her from the fire. Due to the effect of this virtue, the king's phantom was freed from the vagina. He went to heaven sitting in a Pushpak plane, holding a divine body, thanking the sage.

Blog/Story
Power of Prayer - O Shri Krishna, You are Omniscient