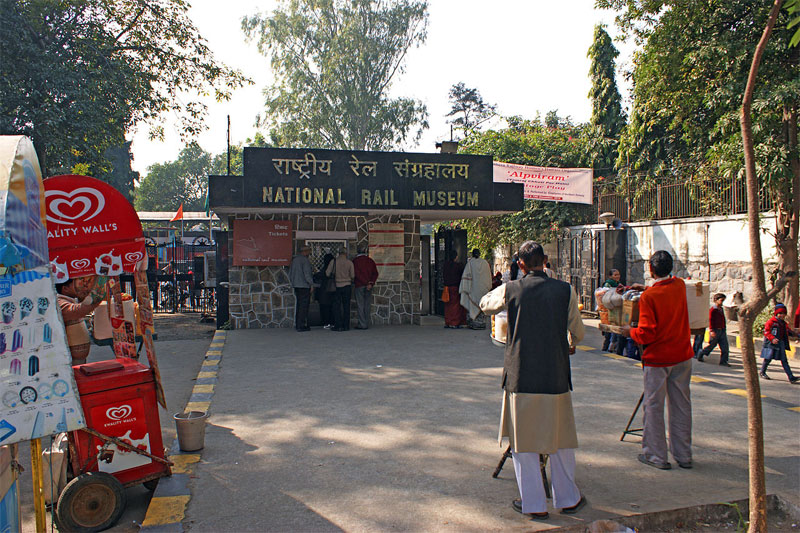 The National Rail Museum is one-of-its-kind in Asia. National Railway Museum is one of the most popular tourist attractions in Delhi. It describes the Railway history of India. Spread over 11 acres of land amidst a sprawling park, this historical museum is located in the embassy area of Chanakya Puri in New Delhi. Shri V.V Giri, fourth President of India, laid the foundation stone for the Rail Transport Museum. The museum was inaugurated on the 1st of February 1977 and mainly focuses on Rail heritage of India. The museum covers a land area of over 11 acres and the indoor gallery comprises an elegantly designed octagonal building, housing six display galleries, and a large open display area lay out to simulate the atmosphere of a railway yard.

The museum opens on all days of week except Monday from 9.30 am- 5.30 pm. The entry tickets are 20 rupees per head. The museum boasts of a huge collection of romance, nostalgia, fun, history, heritage, leisure and entertainment.

The most amazing feature of the rail museum that attracts the children as well as train buffs is the toy train that provides a joyful ride. Explore the collection of diesel, electric, and steam locomotives, or take a ride on one of the small steam trains around the site. Boat ride is also available here. Old stream monorail also runs across the premises. There is no restriction on kids upon touching or climbing on the trains as it is the best feature of the museum. Toy train rides (1:8 scales), Miniature India (H-O scale), Rail garden, Indoor gallery, are some of its new attractions. The National Rail Museum conducts special activities all the year round for visitors of all ages. Main attraction of them museum is Patiala State Monorail Train ways a unique steam monorail was built in 1907.The oldest working steam locomotive “Fairy Queen” is one of the exhibit and figures in Guinness Book of world record.

National Rail Museum, New Delhi has found its name in the Guinness Book of World Records. It has also been awarded the National Tourism Award. Children and train enthusiasts alike will enjoy the display of life-size exhibits, which stands out as the largest collection in India.