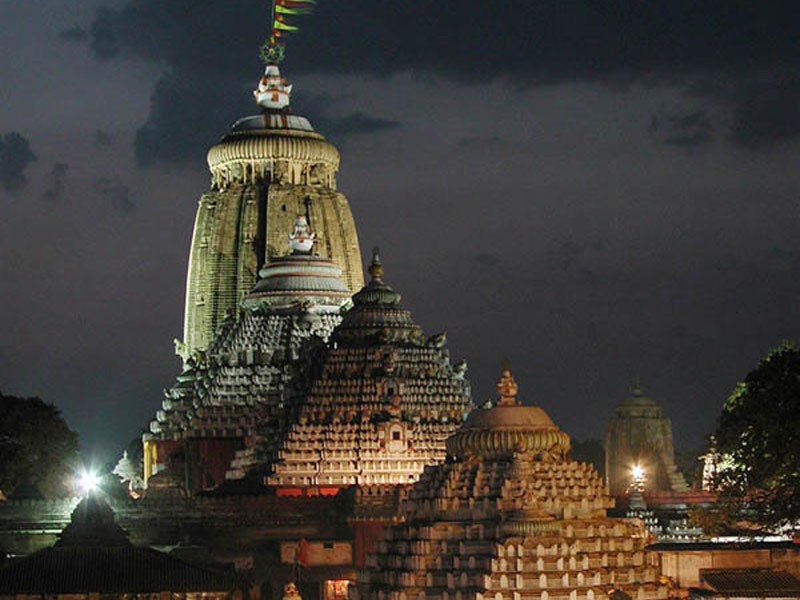 Sri Jagannath temple is a famous temple of the Hindus, which is dedicated to Lord Jagannath. Lord Jagannath is a form of Lord Vishnu (Shri Krishna). Sri Jagannath Temple is located in Puri, Odisha, India. 'Jagannath' means the lord of the world. Their city is called Jagannath Puri or Puri.

Sri Jagannath temple is an important pilgrimage site of Hindus and one of the four Hindu pilgrims. These are the four major sites of India. Unlike the stone and metal symbol found in most Hindu temples, the idol of Jagannath is made of wood and customarily changes by every exact of twelve or nineteen years.

This temple is famous for its annual Rath Yatra or Rath Yatra. In it, the three chief god of the temple, Lord Jagannath, his elder brother Balabhadra and his sister Subhadra, emerge in three different grand and furnished chariots and travel to the city. Since the Middle Ages, this festival is celebrated with joyful celebration. With this, the festival is celebrated in all the Vaishnav Krishna temples of India, and the journey is taken away.

This temple is sacred in all Hindus and especially Vaishnava traditions. Many great saints, such as Adi Shankaracharya, Ramanand and Ramanuja were close to the temple. Ramanuj established the Emar monastery near the temple and the seat of one of the four Shankaracharya, which is also located here, is located in Govardhan Math. This Gaudiya is also important for followers of the Vaishnava sect, whose founders Chaitanya Mahaprabhu, were attracted to Jagannath and lived in Puri for many years.

The origin of the temple
It has been known from the recently discovered copper letters of Gang Dynasty that Kalinga Raja Anantavarman Chodgang Dev had started the construction of the present temple. The Jagmohan of the temple and the aircraft were built in their rule (1078 - 1148). Then, in 1197, Odiya ruler Anang Bhima Dev gave this temple the present form.

Jagannath worship in the temple continued till 1558. This year, the Afghan General Kalahara attacked Odisha and demolished idols and parts of the temple and stopped the worship. The three gods were kept secret in an island in Lake Chilika. Later, on establishing an independent state in the Khurda of Ramchandra Deb, the temple and its idols were restored.

Story related to temple
About the Shri Jagannath temple, Sankad Purana, Brahama Purana and other Puranas also get in the form. According to a traditional legend, the original statue created by Lord Jagannath's Indranil or Sapphire was found under an old tree. It was so fascinating that religion wanted to hide it under the earth. Malva Naresh Indradawman had seen this statue in the dream. The king did austerity and then Lord Vishnu told him that he would go to Puri's beach and he would get a wooden lump. Make that idol from the same wood. The king did the same thing and he got a stick of wood. After that, the king was present in front of him Lord Vishnu as craftsman and Vishwakarma as sculptor. But they kept this condition that they will prepare the idol in one month, but by that time they will be locked in a room and the king or nobody came inside the room. When there was no sound for many days towards the last days of the month, the room where idols were made was opened and It was found the Hands were still not made of the idols, but was established as such to be worshiped and the rest work will be done in future. Then the idols of the same three Jagannath, Balbhadra and Subhadra were established in the temple for worship.