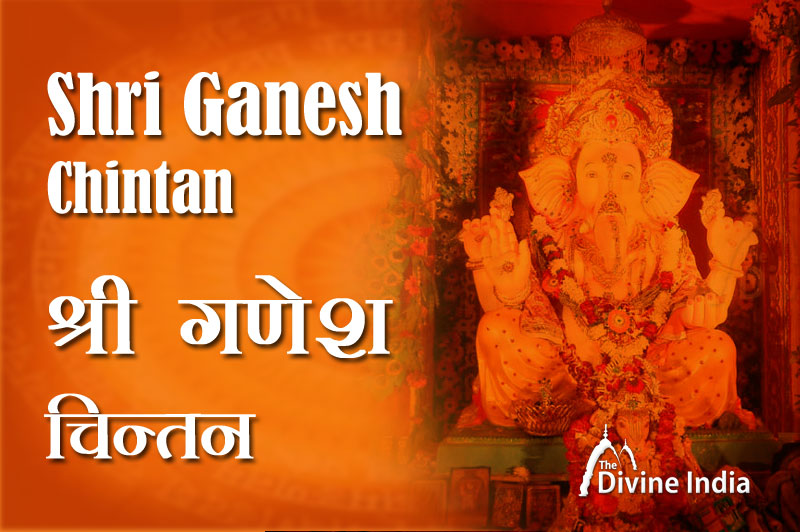 Lord Ganesha, who has one teeth, huge ears, elephant-like face and four arms, who holds a loop and curb in his hands, meditate on such a Siddhi Vinay Dev. Those whose unbroken ears are like a golden lamp, decorated with four arms, a giant, and all kinds of ornaments, should pay attention to the Gajanan Dev. Those who hold in their hands a character filled with teeth, akshamala, parshu and modak, whose trunk is on the front of the laddus, I pay attention to the one-teeth Vinayaka.