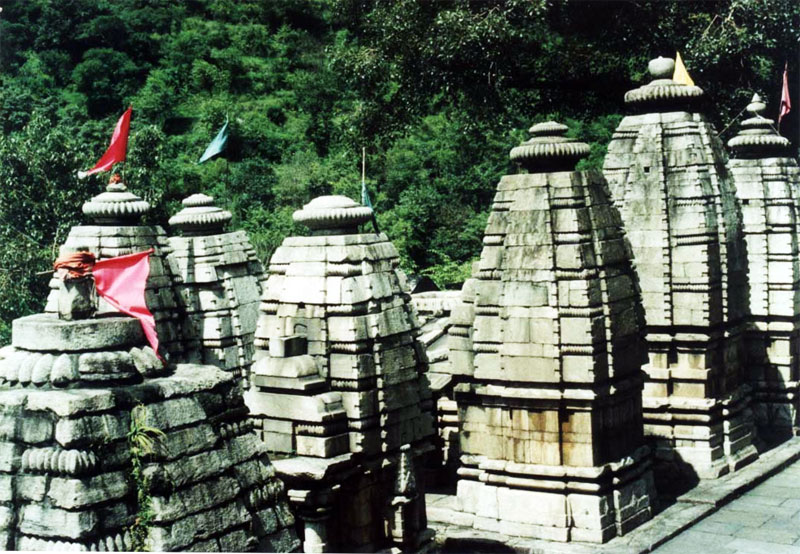 Adi Badri is a famous and ancient temple of the Hindus. Adi Badri Temple is located in chamoli district of uttarakhand state of India. This temple is located on the confluence of the Pindar river and Alaknanda river in Chamoli district, 17 kilometers beyond the Karnprayag. Adi Badri temple is the first temple in Panch Badri and Saptya Badri. Adi Badri is a group of 16 temples. It is believed that this temple was built during the Gupta period and from the 5th century to the 8th century.

It is believed that these temples were constructed by Adi Shankaracharya. Adi Shankaracharya is credited for the construction of several temples in Uttarakhand region. The objective of the construction of these temples by Adi Shankaracharya was to promote Hindu religion in every remote part of the country. There are 16 temples but two temples have been dilapidated. The main temple is dedicated to  Lord Vishnu and statue of Lord Vishnu in the temple is standing here, which is made of 3.3 feet high black stone. Which is made different to other temple of Lord Vishnu. In the image, a mace, lotus and chakra are depicted in the hands of Vishnu. The maintenance of these temples is done by the Archaeological Survey of India.

Adi Badri is located 3 kilometres (1.9 mi) from Chandpur fort or Garhi located on the hilltop, which was built by the Parmar kings of garhwal. Adi Badri is an hour's drive from Karnaprayag and close to Chulakot on the way to Ranikhet. On shifting of Badrinath (also known as Raj Badri) to Bhavishya Badri, Adi Badri will be called the Yog Badri.