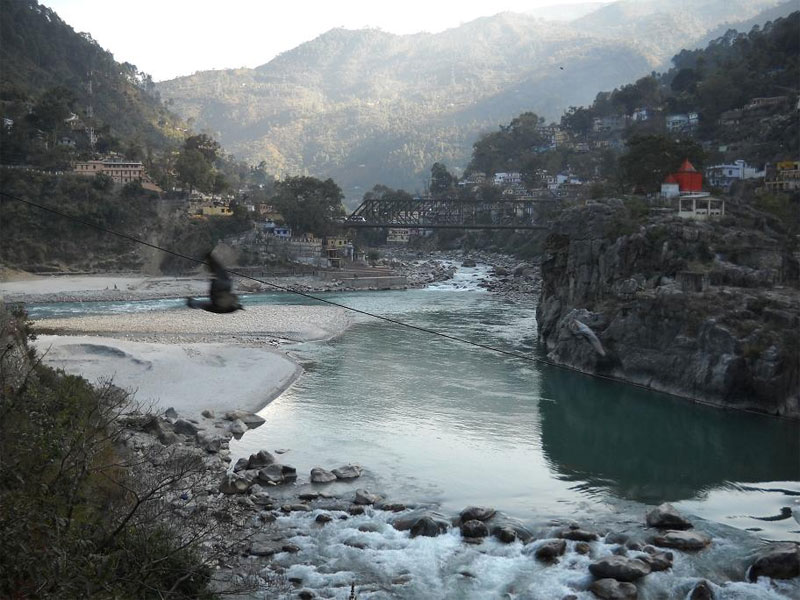 Karnprayag is an important place for Hindu religion which is a city and municipal board in Chamoli district of Uttarakhand state of India. It is one of the five holy confluences in the hills which is called Panch Prayag. This place is important Pilgrimage place for Hindus.  Which is located at the confluence of the Alaknanda and Pindar river. This place is situated on the Rishikesh-Badrinath highway.

It is believed that the name of Karnprayag, a central character of Mahabharata named 'Karna' has been named. Karan and Uma Devi Temple located in Karnaprayag.

According to legend, where Karna's temple is situated, the place was ever in the water and the upper part of the rock called Karnasila was above the water. After the battle of Mahabharata, Lord Krishna did Karna's cremation on his palm. He placed his hand on top of the Karnasila rock for balance.
According to another legend, Karna used to worship her father at sunrise. It is also said that Goddess Ganga and Lord Shiva appeared in front of Karna personally.

This temple of Karna is situated on the left bank of the Sangam. The old temple has recently been restored and The statues of Karna and Lord Krishna are established here.

There is a temple of Uma Devi in Karnprayag which was founded by Adi Shankaracharya in the 8th century. While the statue of Uma Devi was established very long ago. It is said that a goddess came to dream of a Dimari Brahmin to establish his statue at the confluence of the Alaknanda and Pindar rivers.

The idols here include Uma Devi, Parvati, Ganesh, Lord Shiva and Lord Vishnu. In fact, the statue of Uma Devi is not properly visualized because her image is set in the right corner which does not appear in front of the entrance gate of the sanctum. In the flood of the year 1803, the old temple was demolished, and the sanctum sanctorum was fundamental. The front was constructed in the year 1972.