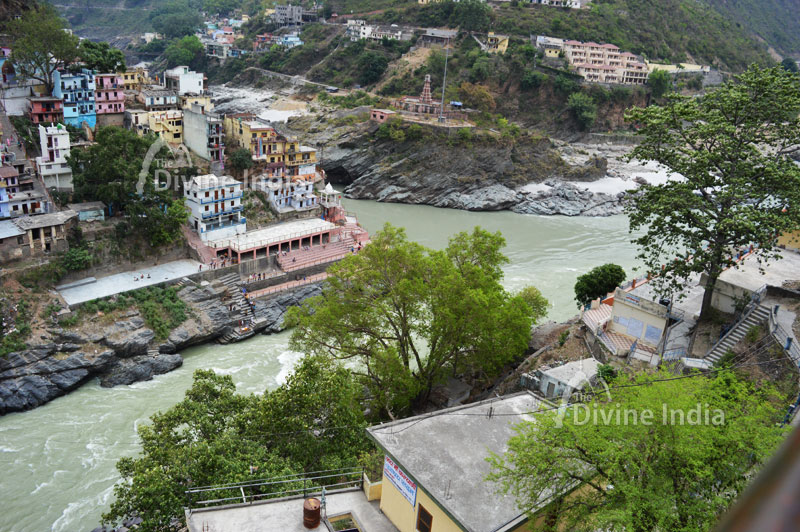 Devprayag is an important place for Hindu religion, which is a town and a nagar panchayat (municipality) in Tehri Garhwal district of Uttarakhand state of India. It is one of the five holy confluences in the hills which is called Panch Prayag. This place is important Pilgrimage place for Hindus. This place is situated on the Rishikesh-Badrinath highway.

'Devprayag' in Sanskrit means 'Divine confluence'. According to Hindu scriptures, Devprayag is the sacred place for the confluence of two heavenly rivers, Alaknanda and Bhagirathi. Here is the place which is the holy river of Hindus which has a special place in Hindu religion, the river Ganges is born. It can also be said that the Alaknanda is the last place of the river.

It is believed that Lord Brahma, who created the creation, has done penance at this place and this place was known as Prayag, which means that the best place to do penance is in place.

Devprayag, the late Acharya is the home of Pandit Chakradhar Joshi who was a scholar in astronomy and astrology. Who founded the constellation Vedh Shala (an observatory) in 1946. It is located on Dashrathanchal mountain in Devprayag. The Observatory is well equipped with two telescopes and several books to support research in astronomy. It includes 3000 manuscripts (handwritten books) collected from different parts of the country from 1677 AD. In addition to the latest equipment, there are ancient tools like Sun Valley, Dhruv Valley, which show the pride of Indian progress in the field of astronomy.

There is very natural beauty in Devprayag. Apart from Sangam and Raghunath Jee Mandir in Devprayag, in the nearby village Pundal, you can visit holy places like Mata Bhuvneshwari Temple like Dhaneshwar Mahadev Temple, Danda Naggaraja (Lord of Snakes) and Chandrabadni Temple.

According to mythology, the footprints of Lord Rama are present in 'Ram Kunda'. Devprayag is home to Badrinath Temple priests. They are known as 'Pandas'. Each Panda has its own area in the whole country.