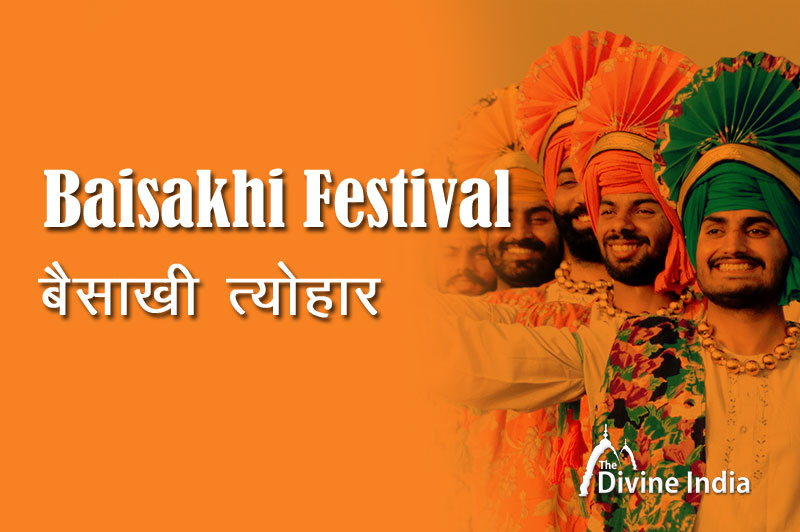 Baisakhi is one of the holiest Sikh festivals. Baisakhi Festival falls on April 13th or April 14th and marks the beginning of the solar year.  Baisakhi also known as Vaiskhi , Vaishakhi, or Vasakhi is a festival celebrated in the North India specially Punjab State. Baisakhi has a very special meaning for the Sikh community as it marks the establishment of the Khalsa. It was on this day that their tenth and last Guru - Guru Gobind Singh - organized the Sikhs into Khalsa or the 'pure ones'. By doing so, He eliminated the differences of high and low and established that all human beings are equal.

Baisakhi is a harvest festival for Punjabis and it marks the Punjabi New Year according to the Punjabi calendar. Fairs are organised on Vaisakhi day in the villages of Punjab. This day is also observed as the thanksgiving day by the farmers whereby the farmers pay their tribute, thanking God for the abundant harvest and also praying for the future prosperity.

Baisakhi has special significance for two of India's major religious groups. For the Hindus, it is the start of the New Year, and is celebrated with requisite bathing, partying, and worshipping. It's believed that thousands of years ago, Goddess Ganga descended to earth and in Her honor, many Hindus gather along the sacred Ganges River for ritual baths. The action is centered in the holy cities along the Ganges in north India, or in Srinagar's Mughal Gardens, Jammu's Nagbani Temple, or anywhere in Tamil Nadu. Hindus plant poles (wrapped in flags of god-embroidered silk) in front of their homes, and hang pots of brass, copper or silver on top.
In Kerala, the festival is called 'Vishu'. It includes fireworks, shopping for new clothes and interesting displays called 'Vishu Kani'. These are arrangements of flowers, grains, fruits, cloth, gold, and money are viewed early in the morning, to ensure a year of prosperity. In Assam, the festival is called Bohag Bihu, and the community organizes massive feasts, music and dancing.

Major attraction of Baisakhi celebrations in villages is the performance of energetic bhangra and gidda folk dance by men and women respectively. This very popular traditional folk dance is performed in-groups on the fast beat of dhol. Dancers perform everyday farming scenes of sowing, harvesting, winnowing and gathering of crops through zestful movements of the body to the accompaniment of ballads.