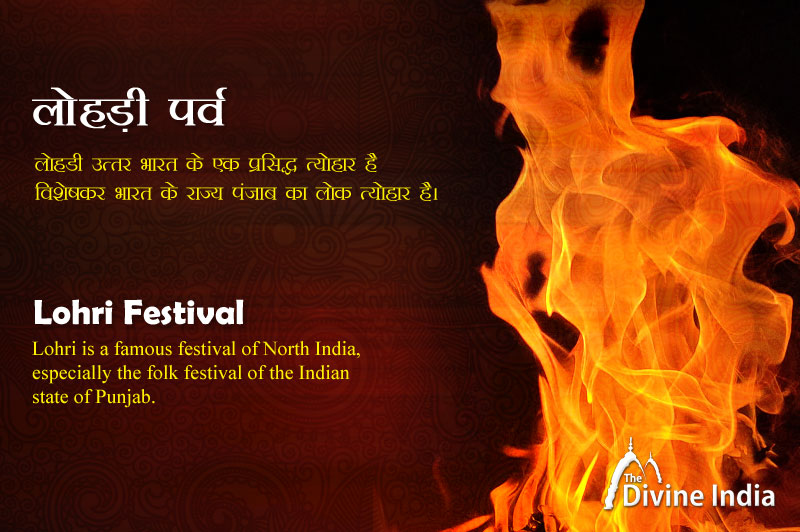 Lohri is a famous festival of North India, especially the folk festival of the Indian state of Punjab. There are many significance and legends about Lohri festival. It is believed that this festival marks the passing of winter solstice. Lohri festival is considered to mark the end of winter. It is a traditional welcome by people in the northern region of the Indian subcontinent for longer days and the sun's journey to the northern hemisphere. The festival of Lohri is celebrated a day before the Hindu festival of Makar Sankranti. Lohri is a celebration of the arrival of longer days after the winter solstice. Usually the festival of Lohri is celebrated on 12, 13 or 14 January every year.

Lohri is mainly a festival of the Punjabi class. On this day, in the open space at night, the family and the people of the neighborhood together sit in a circle by the side of the fire. Revdi, peanuts and popcorn etc. are eaten at this time. Lohri festival is now celebrated in almost all the states of India, especially Punjab, Haryana, Himachal Pradesh and Delhi.

The ancient significance of the festival is that it is a celebration of the winter harvest season, and is associated with the Punjab region. A popular folktale links Lohri to the story of Dulla Bhatti. The central theme of many Lohri songs is the story of Dulla Bhatti. Dulla Bhatti's father was a zamindar, who lived in Punjab during the reign of Mughal Emperor Akbar. He was regarded as a hero in Punjab for saving Punjabi girls from being forcibly taken to be sold in slave markets in the Middle East. Among those he saved were two girls, Sundari and Mundari, who gradually became the subject of Punjabi folklore. As a part of the Lohri festival, children go around the houses singing traditional folk songs of Lohri with the name 'Dulla Bhatti'. One person sings, while the others shout each line out loud 'Ho!' After the song is over, the adults in the household are expected to give rewri, peanuts and popcorn etc. and money to the choir of youths. Lohri also marks the beginning of the harvest season and sunny days.