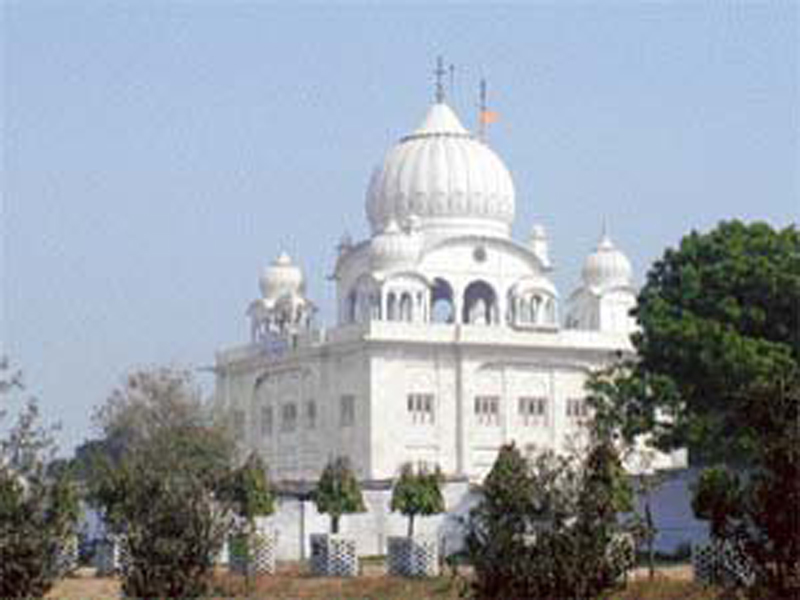 Gurdwara Majnu Ka Tila Sahib is located on kibar pass road and outer ring road, opposite to Timarpur colony, Delhi. Gurdwara Sahib is situtated on the bank of Yamuna River. It is one of the oldest Sikh shrines in delhi. It is made from white marble.

It is believed that a muslim hermit named Abdulla lived here during the rule of Sultan Sikander Shah lodi (1849-1517). He would help people to across the Yamuna River with his boat and would not charge anything for this service.

It is said that he had a very strong desire to meet the God. He was so oblivious to the world around him that people would call him as ‘Majnu’ which implies a symbol of intense love in Sufi literature.

When  Guru Nanak Devi  visited this place, Manju attained enlightenment and blessings from Guru Nanak Devi  and became a devout disciple of the great Guru. Majnu had a khanqah (hermitage) which was on a hill along the bank of Yamuna river which is known Manju ka Tila. Many People were attracted by Majnu’s divine personality.  Because of the heartily devotion towards the guru, this place was made a religious place.

Shik Leader Baghel Singh had stayed here and he had converted  this place to Gurdwara, which was known as Majnu ka tila Gurdwara. The Sixth Guru, Guru Hargobind ji also stayed here when Emperor Jehangir invited him.

That Gurdwara was made by Maharaja Ranjit singh who also endowed it with his income. The income from this jagir was spent on the maintenance of this historical shrine. In 1950 a big gurdwara building was made by delhi Sangat.