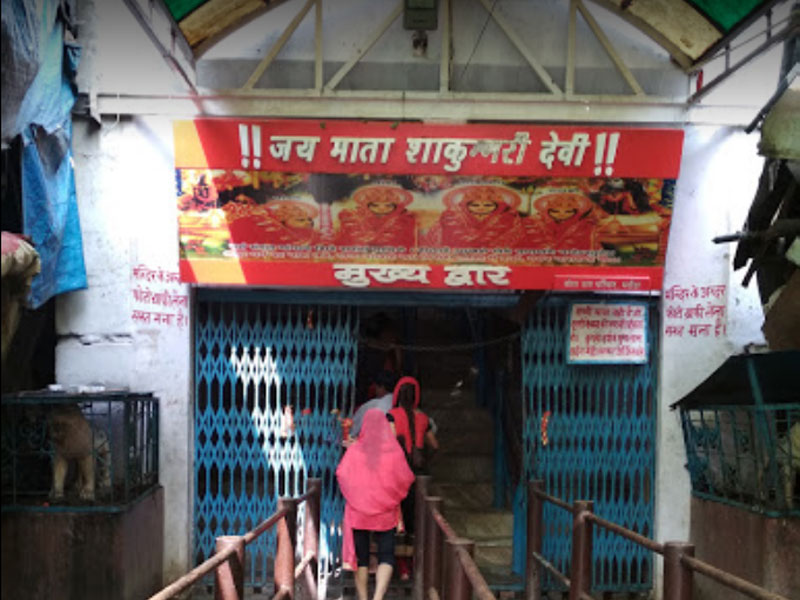 According to legend, once the demons of the Durgam name worshiped Lord Brahma ji. Pleased with the adoration of the Durgam, Brahma ji gave him a boon that he would not defeat by any devta in war and gave four Vedas and Puranas also. Durgam after receiving boon, he started torturing and Indra, Varun, etc. made the gods their captive. Because of which there was no rain on earth for many years and people forgot religion and karma on earth. Brahmins also started consuming alcohol and meat. Mother started fluttering with tears from her eyes, causing water to flow in the rivers. Ambe Mata created greens and vegetables. By which religion and karma came back to earth again.Ambe Mata killed the dreaded monster and took away four Vedas and Puranas. In this way, the mother's name was Shakumbari due to the welfare of the world through greens and vegetables (vegetarian food).

It is also believed that, here Ambe Mata had worshiped and meditated for 100 years, at the end of each month only had a vegetarian meal. During this time, the saints and sages who came for their worship (Darshan) were welcomed and awarded vegetarian food. Because of this, the temple was named Shakimbari Devi Temple and it was also very strongly connected with the cult of vegetarianism among the Hindus.

The Hindu festival Navratri, and at the time of Holi festival, the famous Shakumbhari Mela is organized. The devotees of Shakumbari first visit the temple to Bhura Dev temple which is located at one kilometer before the Goddess temple and then go to the Goddess Temple.