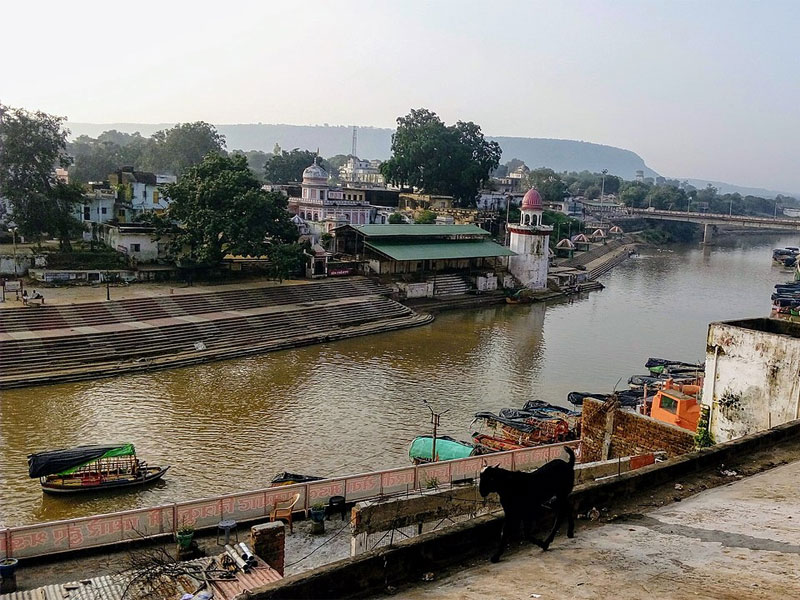 Chitrakoot Dham is a religious pilgrimage place for Hindus, which is presently divided between India's two states, Uttar Pradesh and Madhya Pradesh. This place is a city of religious, cultural, historical and archaeological importance located in India. This place has also been described in Hindu religious texts and is known for many temples and religious significance.

Chitrakoot Dham is situated on the banks of the Mandakini River, one of the oldest pilgrimage sites in India. Chitrakoot Dham is surrounded by Vindhya mountain ranges and forests; hence this place is also called as a hill of surprise. Many ghat and temples on either side of the Mandakini River are expected to come and visit the devotees all year round.

The religious significance of Chitrakoot Dham is that it is believed that Lord Rama, Sita and Laxman stayed in Chitrakoot for 11 years out of 14 years of exile. At this place, sage Atri and Sati Anasuiya had done austerity. Brahma, Vishnu and Mahesh took birth as their own incarnatio in the house of Sati Aansuiya.

It is said when Lord Rama performed his father's Shraddha (i.e. a feast given to all the relatives and friends on the thirteenth day of the death in the family) ceremony at this place in which all the goddesses took part. Rishi Bharadwaj and Valmiki had advised Lord Rama to stay at this place in his exile. Many Saint epics such as Tulsidas, Kalidas have mentioned beautifully mentioned Chitrakoot in their epics.

Ramghat - On the edge of Mandakini River, ghats made from the line are called Ramghat. This is the valley where Lord Rama used to come to daily bath.

Janaki Kund - Jaanki Kund is located on top of Ram Ghat. This is the place where Mother Sita used to bathe.

Kamdagiri - This holy mountain has considerable religious significance. The devotees wishing to fulfill their desires, by doing 5 kilometers orbiting the Kamdagiri Mountains. Surrounded by forests, there are many temples at the bottom of this mountain. Lord Rama is also known as Kamdanathaji, which literally means fulfilling all desires.

Saptik Shila - This rock is situated on the banks of the Mandakini river, at a some distance from Janaki Kund. Sita's footprints are believed to be printed on this rock. It is said that when she was standing on this rock,  then Jayant (Lord Indra was the son) took the form of a crow and bitten her with a beak.

Sati Anusuiya Atri Ashram - Around 4 kilometers from crystal rock, surrounded by dense forests, it is an ashram located in solitary place. The statue of Atri Muni, Anusuya, Dattatreya and Durgavas Muni is established in this ashram.

Gupta Godavari - 18 kms away from Chitrakot Dham, the Gupta Godavari is located. There are two caves here. A cave is high and wide, it can not be easily accessible due to its narrow gate. At the end of the cave there is a small lake which is called Godavari river. The second cave is long and narrow which always keeps the water flowing. It is said that at the end of the cave, Ram and Lakshman had used for the Darbar.

Hanuman Dhara - Hanuman Dhara is a waterfall that comes from the peak of the hill, which falls in a pond. The huge statue of Lord Hanuman is established in front of the lake. On the top of the hill is the 'Sita Kitchen'. It is said that Lord Rama was made to rest for Hanuman. When Hanuman came here by combustion the Lanka. From here, beautiful scenery of Chitrakoot can be seen.

Bharat Koop - It is said that, for the coronation of Lord Rama, Bharat collected water from the 5 holy rivers of India. But Lord Rama refused to return to Ayodhya. Then on the advice of Atri Muni, Bharat kept the water in a coupe. This coupe is known as Bharat Coupe. There is a temple dedicated to Lord Rama.

Ram Shaiya - This place is located between Chitrakoot and Bharat Koop. This is the place where Lord Rama and Sita used to sleep in the night.