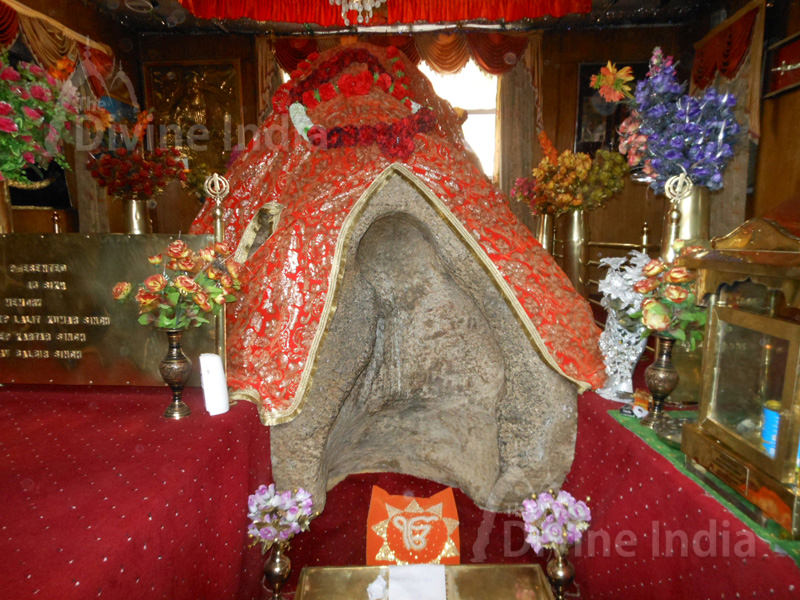 Gurdwara Shri Pathar Sahib is situated on the Srinagar-Leh Road, 25kms before the Leh. It is very beautiful and it was created in memory of the founder of Sikh religion and the first guru , Guru Nanak Dev ji.

History : Guru Nanak Dev ji Reached here during the second journey (1515-1518 A.D.) in 1517 A.D. after giving his sermon on sumer hills, Guru Nanak Dev ji reached here through Yarkand after visiting Nepal, Sikkim and Tibet. In the opposite hill, there lived a cruel demon who use to terrify the people and eat them after killing. On hearing the plight of the grieved, Guru ji reached this place heaved a sigh of relief on seeing the Guru ji but the demon was very angry on seeing this and he hatched a plan a kill Guru ji. One day, when Guru ji was immersed deep in the worship of God, the demon took the opportunity and throw a huge stone (Pathar) on Guru ji so that Guru ji would die under the huge stone. But 'When the almighty protects, none can kill him' and at that time an unusual incident happened. As the huge stone touched Guju ji, it became like wax and Guru ji's body got struck in the wax but it did no effect the worship of Guru ji. The demon was pleased assuring that Guru ji was killed and came down near the stone. Seeing Guru ji alive, the demon was surprised and in a fit of rage, he kicked the stone with his right leg but the demon's leg also get struck in the wax. The, the demon realized that he in his foolishness had tried to kill a Lord's devotee and he fell at Guru ji's feet to apologize for this mistake. Guru ji opened his eyes and summoned the demon to live the rest of his life by serving the humanity and only then he will be benefited. The demon obliged the Guru ji's saying and lived peacefully thereafter. After some time, Guru ji went to Kashmir via kargil. You can have a glimpse of the holy stone inside Gurdwara Sri Pather Sahib.

Visit the gurdwara, one can take, a direct flight to Leh from New Delhi,JAMMU & SRINAGAR and stay in a hotel at Leh. To visit Leh by road there are two routes,one is via SRINAGAR J&K and the other is via MANALI (HP) .Both the roads are closed from November to May every year due to excessive snowfall and remain open from June to Oct. Leh is located at a high altitude; one can have breathing problems due to the paucity of oxygen. Visitors are advised to consult their doctors and arrange proper woolen clothes before embarking on this journey as the temperature falls beyond -20 degree in winter. The 25-km road from Leh to the Gurdwara Pathar Sahib is in good condition. Visitors can go by bus or taxi. The Gurdwara Sahib is located next to the main road near Magnetic Hill India. 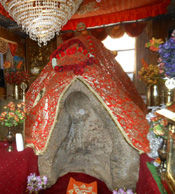 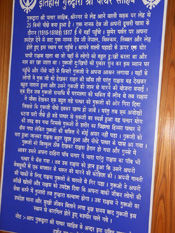 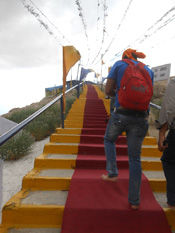 Blog/Hinduism
Reciting the 32 names of Shri Radha ji gives the boon of happiness, love and peace in life