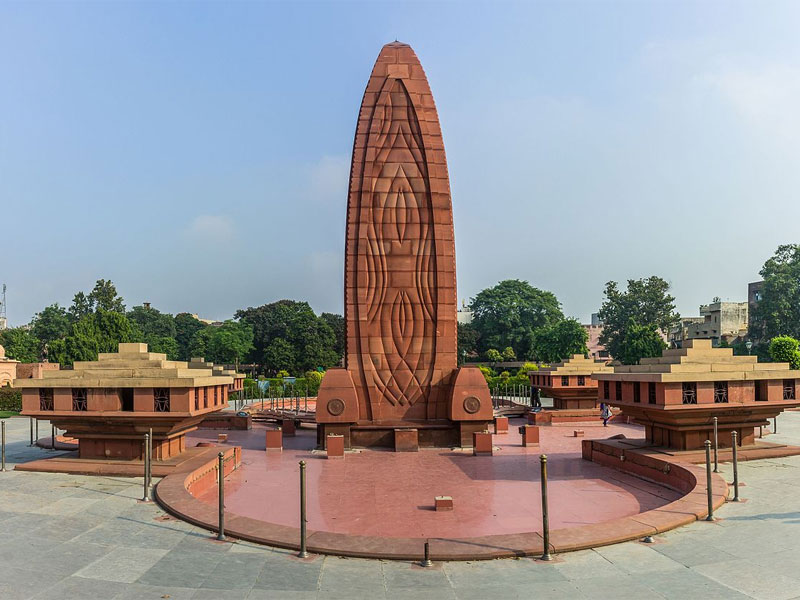 Jallianwala Bagh is located in Amritsar, Punjab, India. Which is located near the Golden Temple. This is the place where on 13th April, 1919, a historic shameful incident was made by the British Government on Baisakhi. After the First World War, in 1915, the Rowlatt Act Act was enforced by the British government in India. Which was to ban the ongoing movement for freedom, under which the British government had given more rights to which it could put censorship on the press, could keep the leaders in jail without trial, people without warrant Could arrest them, prosecute them in special tribunals and closed rooms without accountability, etc.

On April 13, 1919, was the day of Baisakhi. Baisakhi, which is a major festival of whole India, especially the farmers of Punjab and Haryana state were celebrating the happiness of the new year. On this day, on 13th April 1699, the tenth and last Guru Govind Singh had established the Khalsa Panth. That is why Baisakhi is the biggest festival of Punjab and adjoining states and Sikhs celebrate it as a mass birthday. A fair was organized in Amritsar on that day. Thousands of people came from far away on that day in the fair.

There was a meeting to protest against the Rowlatt Act in Jallianwala Bagh. In which a British officer named General Dyer, without any reason, fired bullets on the crowd present in that meeting. The bullets continued fire for about 10 minutes and in these 10 minutes approximately 1650 bullets were fired. In which more than 400 people were killed, and more than 2000 injured. Civil Surgeon Dr. Smith indicated that there were 1,526 casualties. The true figures of fatalities are unknown, but are very likely to be many times higher than the official figure of 379.  After 1857, this incident was the second largest shameful incident in India's history. Jallianwala Bagh was an empty plaza behind the houses at the time. There was only a narrow path to go out or exit and there were houses around. There was no way to escape. Some people jumped into the only well in the field to save lives, but seeing the well, the well was filled with corpses. Even today, marks of bullets fired by General Dyer can be seen on the walls of Jallianwala Bagh.

this incident had the greatest effect on the Indian independence movement, then that incident was a heinous massacre. It is believed that this incident itself became the beginning of the end of British rule in India.

In 1997, Queen Elizabeth paid tribute to the dead on this memorial. In 2013, British Prime Minister David Cameron also visited this memorial. In the Visitors Book, he wrote that this was a shameful incident in British history.