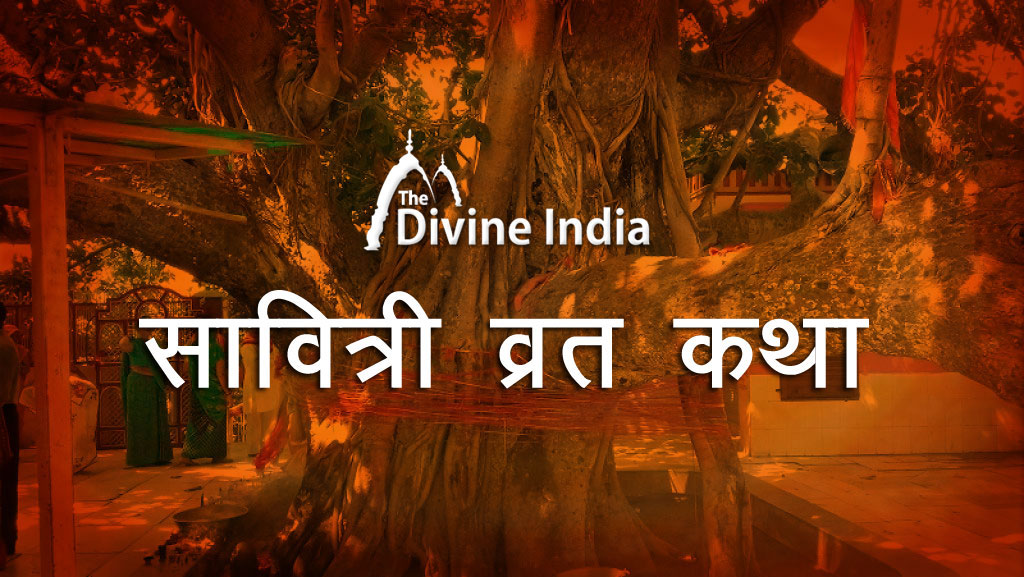 Bhadra was a king of the country, named Ashwapati. King Ashwapati of the Bhadra country had no children.

He gave one lakh sacrifices daily along with chanting for the attainment of children. This sequence continued for eighteen years.

After this, Savitridevi appeared and said that 'Rajan you will be born a stunning girl. Because of being born by the grace of Savitri Devi, the girl was named Savitri.

The girl grew up and became very beautiful. Savitri's father was grieved because of not getting a suitable groom. He sent the girl to find the bride herself.

Savitri started wandering in Tapovan. King Dumatsen of the country of Salve lived there, because his kingdom was taken away by someone. Seeing his son Satyavan, Savitri selected him as her husband.

When Rishiraj Narada came to know about this, he reached to King Ashwapati and said, "O Rajan!" What are you doing? Satyavan is virtuous, righteous and powerful, but he is very young, he is young. He will die after one year.

After listening to Rishi Raja Narada, King Ashwapati was overwhelmed with great anxiety. Savitri asked him the reason, the king said, daughter, the prince whom you have chosen as your groom is a young man. You should make someone else your life partner.

To this, Savitri said that father, Arya girls vow only once to their husbands, the king gives orders only once and pandits make vows only once and Kanyadaan is also done only once.

Like every day, Satyavan went to the forest to cut wood that day as well as Savitri. On reaching the forest, Satyavan climbed a tree to cut wood. Then his head started hurting, Satyawan, distraught with pain, came down from the tree. Savitri understood her future.

Yamraj tried to convince Savitri that this is the law of the law. But Savitri did not listen.

Seeing Savitri's loyalty and piety, Yamraj told Savitri that you are blessed, O Goddess. You ask me any boon.

1) Savitri said that my in-laws are forest dwellers and blind, give them divine light. Yamraj said that this will happen. Go return now

But Savitri followed her husband Satyavan. Yamraj said Goddess you go back. Savitri said, God, I have no problem in following my husband. It is my duty to follow the husband. Hearing this, he again asked her to ask for another groom.

2) Savitri said, our father-in-law's kingdom has been taken away, let him get it back again.

Yamraj also gave this boon to Savitri and said, now you return. But Savitri kept following.

Yamraj asks Savitri to ask for a third boon.

3) Savitri asked for the blessings of 100 children and good luck on this. Yamraj also gave his boon to Savitri.

Savitri told Yamraj that Prabhu I am a loving wife and you have blessed me to be a daughter. On hearing this, Yamraj had to leave the life of Satyavan. Yamraj disappeared and Savitri came to the same tree where her husband's dead body lay.

Satyavan became alive and both happily walked towards their kingdom. When both reached home, they saw that the parents had received the divine light. In this way Savitri-Satyavan continued to enjoy state happiness for a long time.