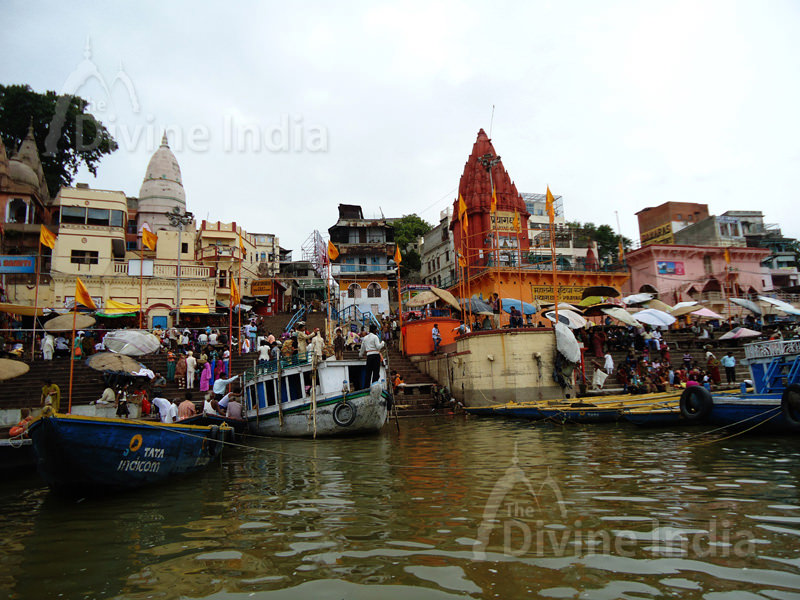 Varanasi known as Banaras is a city situated on the banks of the River Ganges in Uttar Pradesh. Ganga Ghats are main attraction of the holy city Varanasi. Ghats of Ganga are perhaps the holiest spots of Varanasi. It has numbers of Ghats more than 100 ghats along side Ganga. The city is considered sacred by Hindus, Buddhists and Jains. Most of the ghats are bathing ghats, while others are used as cremation sites. Many ghats are associated with legends or mythologies while many ghats are privately owned. The former Kashi Naresh owns Shivala or Kali ghat. Morning boat ride on the Ganges across the ghats is a popular visitor's attraction.

It is believed that the pilgrims take a dip in the Ganges just becomes free from all sin. People worship ganges as goddess. Everyday in the evening it is worshiped by the priests. Priests sang prayers in sanskrit which includes hymns from the vedas and other holy books. Not only the local people but foreigners also enjoy this prayer. It is called the "Ganga Aarti". Ganga Aarti is main attraction of the Ganga Ghats.

The ghats as named and counted by the city of Varanasi are as follows:

About the Ganga Ghats in Varanasi

One day in Varanasi Ind