Significance of Nakshatra in Hinduism 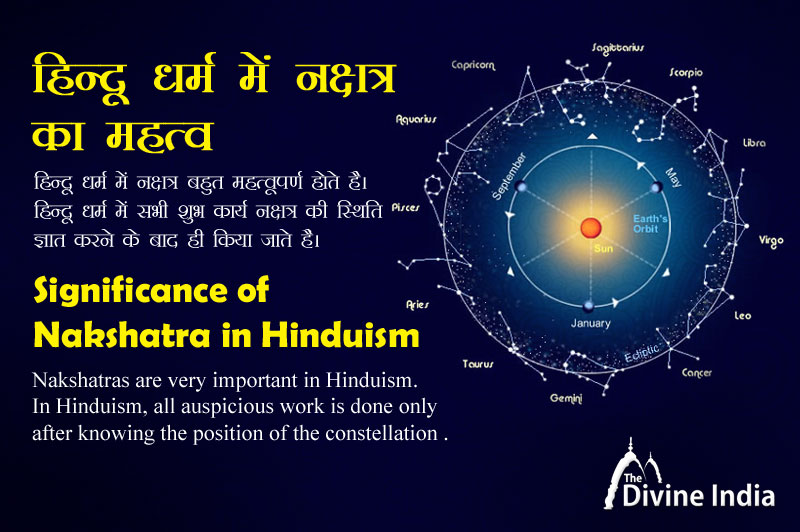 The Moon revolves around the Earth in 27-28 days. The moon passes through these stars. By tying different groups of stars falling in this path, each constellation has been named Nakshatra. In this way the whole path is divided into these 27 constellations and is called 'Nakshatra Chakra'.