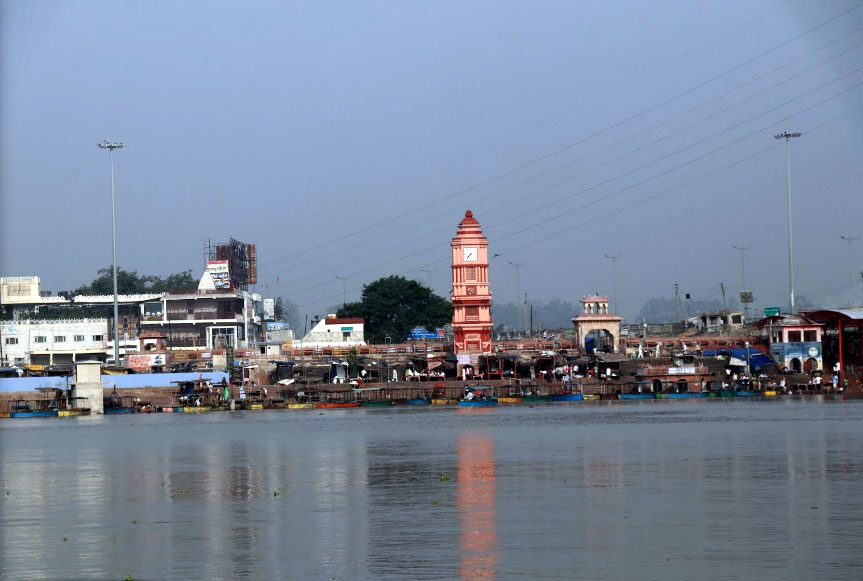 The most famous ghat of Garhmukteshwar is Brajghat. Brajghat Ghat Hindu religion is considered as sacred as Har ki Pauri in Haridwar, Ghats of Varanasi, Ghats of Prayagraj, Ghats of Ayodhya and Rishikesh etc. Hence, the name of Garhmukteshwar place comes in the pilgrimage sites of Hindu.

The description of Garhmukteshwar is found in the Hindu scriptures such as the Bhagavata Purana, Shiv Purana and the Mahabharata. According to the Bhagavata Purana and the Mahabharata, it was part of Hastinapur, the capital of Kuru. There is a temple of Lord Shiva in Garhmukteshwar in which the ancient Karkandeshwar Shivalinga is established. According to Shivpuran, the ancient name of 'Garh Mukteshwar' is 'Shiva Vallabh' (beloved of Shiva). Maharishi Durvasa had cursed the Shivganas to be demon form. Maharishi Durvasa Ji said him to do penance of Lord Shiva in Khandava forest for freedom from the curse. Khandava forests which are now known as Garhmukteshwar. Lord Shiva was pleased by the Ganas doing penance. The cursed Sivagano was liberated demonically by Lord Muktishwar (Shiva) at Garhmukteshwar, hence this shrine became known as Garh Muktishwar (God who liberates the Ganas). It is also mentioned in the Purana - Gananam Muktidanen Ganmuktishwara: Smrita.