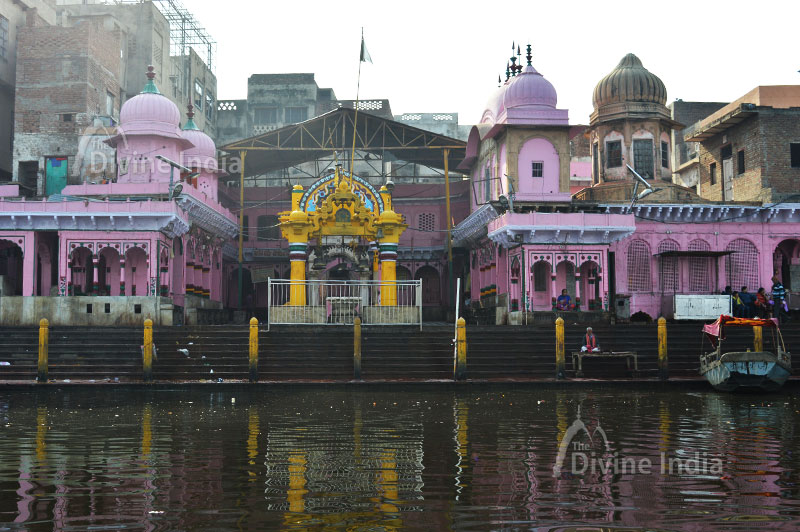 Vishram Ghat  is India's major tourist pier and one of the sacred ghats in Mathura city in Uttar Pradesh, India. It is located near Dwarkadhish temple and on the bank of holy river Yamuna which is one of India's leading major temples. It is the main Ghat of Mathura and is central to 25 other Ghats.

It is believed that Lord Krishna had killed his uncle Kansa. After killing Kansa, Lord Krishna and his brother Balram had come here to rest and since then it was named as Vishram Ghat.

The Vishram ghat is lined with elegant temple and some of Mathura's most important shrines are found here - the Mukut Temple, Radha-Damodar, Murli Manohar, Neelkantheshwar, Yamuna-Krishna, Langali Hanuman and Narasimha temples.

The aarti held at the Vishram Ghat every evening is something that shouldn't be missed. According to the locals it is believed that every year thousands of brothers and sisters visit Vishram Ghat to perform worship and get relieved from clutch of birth and dead on Rakshabandhan. History tells us that this important site was ravaged and patronized in equal measure over the ages. It was badly damaged during the early invasions but two Vaishnavite saints, Keshav Kashmiri and Vallabhacharya restored its sanctity during the time of Sikander Lodhi. It was again repaired and embellished during Akbar’s rule. 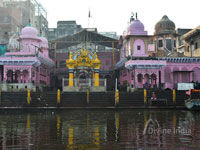 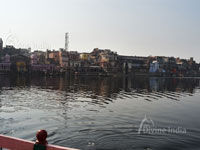 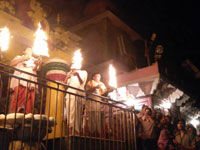 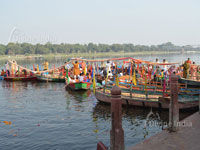 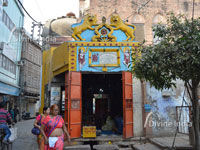