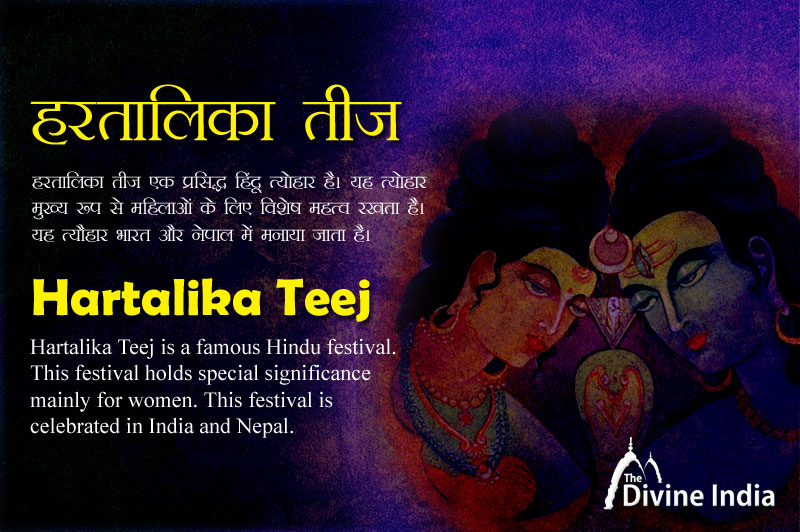 Hartalika Teej is a famous Hindu festival. This festival holds special significance mainly for women. This festival is celebrated in India and Nepal. This festival is completely dedicated to the meeting of Lord Shiva and Goddess Parvati. Women keep fast for the whole day during Hartalika Teej, and on this day keep Nirjala fast, that is, do not even drink water throughout the day. It is believed that this fast was first kept by Mata Parvati to get Lord Shiva as her husband. Therefore, women who perform this fast get good luck.

Hartalika Teej Vrat is observed during the Shukla Paksha Tritiya of Bhadrapada month. On this day, statues of Lord Shiva and Goddess Parvati are carved out of sand, and worshiped for marital bliss and progeny.