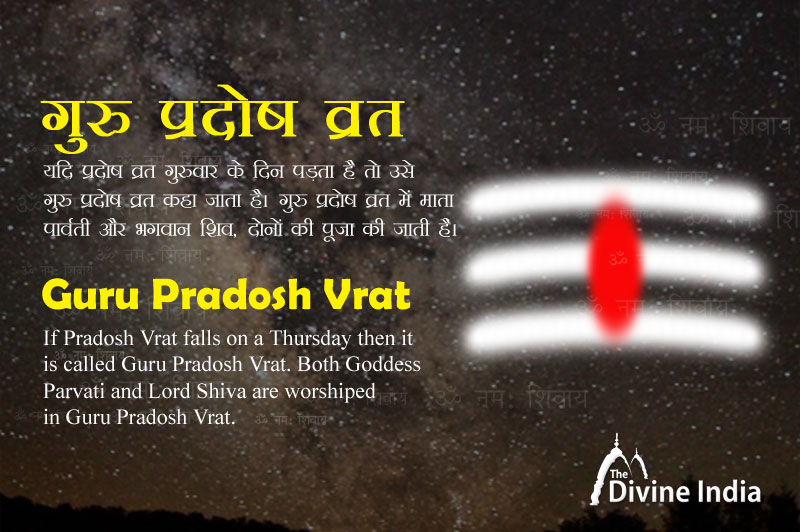 What is Guru Pradosh Vrat

Once there was a war between the army of Indra and Vrittasura. The gods defeated and destroyed the demon army. Seeing this, Vrittasura became very angry and himself got involved in the war. He took a formidable form from the demonic Maya. All the gods were frightened, reached Gurudev Brihaspati's shelter. Brihaspati Maharaj said - First of all, I should know the real of Vrittasura.

Vrittasura is very ascetic and hardworking. He pleased Shiva by doing severe penance on the Gandhamadan mountain.

In a previous birth, there was a king named Vrittasur, Chitraratha. Once he went to Mount Kailash in his plane. Seeing Mother Parvati seated there in the left limb of Shiva, he said with ridicule - 'O Lord! We remain under the control of women because of being trapped in illusion, but it was not visible in Devlok that the woman should be embraced and sit in the assembly.

Hearing this word of Chitrarath, the omnipresent Shivshankar laughed and said - 'O king! My practical point of view is different. I have drank the Death Giver-Kalkoot Mahavenom, yet you ridicule me like a common man!

But Mata Parvati became furious after hearing such words of Chitrarath - 'Oh wicked! You have ridiculed me as well as the omnipresent Maheshwar, so I curse you that you may attain the demon. Due to the curse of Mother Parvati, 'Chitrarath' got to the demon and became Vrittasura born from the excellent penance of a sage named Tvashta.

Gurudev Brihaspati further said - Vrittasur has been a devotee of Shiva since childhood, so O Indra! You please Lord Shankar by fasting Brihaspati Pradosh.

Devraj observed the Brihaspati Pradosh fast following the orders of Gurudev. Due to the glory of Guru Pradosh Vrat, Indra soon conquered Vrittasur and there was peace in Devlok.

Blog/History of India
When and between what were the major wars of Indian history?