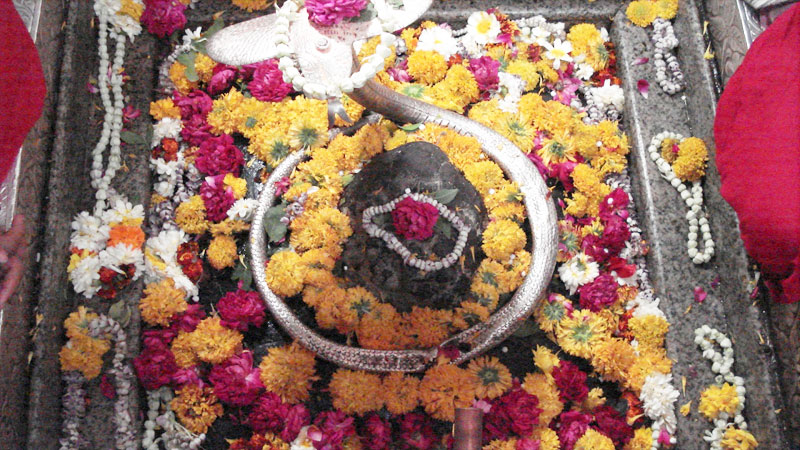 Omkareshwar Jyotirlinga temple is one the most famous Hindu’s shrine and is fully dedicated to Lord Shiva. The temple is located on an island called Mandhata or Shivapuri in the Narmada Riverin Madhya Pradesh, the shape of the island is said to be like the Hindu symbol.The famous Jyoti lingams of Lord Shiva is present here, which is one among the twelve of its kind in the country and Omkareshwar is considered to be fourth Jyoti lingam among the twelve. There are two temples here, one is Omkareshwar (whose name means “Lord of Omkaara or the Lord of the Om Sound”) and another one is Mamleshwar or Amareshwar (whose name means “Immortal lord” or “lord of the Immortals or Devas”). Both the temples are located on the bank of the Narmada River and both the name and the temple represent Lord Shiva.

Omkareshwar is formed by the sacred river Narmada. This is one of the most sacred of rivers in India and is now home to one of the world’s biggest dam projects of India.

Water is always filled around Omkeshwar Shiva linga. Often in a temple, the Shiva lingam is formed in the middle of the womb and peak is immediately above it, but it is not below the dome of the Omkareshwar Lingam temple. One of its specialties is that the statue of Lord Mahakaleshwar is located on the upper top of the temple. Some people believe that this mountain is Omkara.

According to Mythology, King Mandhata near the bank of Narmada River worshipped Lord Shiva, and the Lord gave him a darshan when he was pleased by his penance and conferred his eternal light and remain here as Omkareshwar. Afterwards the mountain is named as Omkar-Mandhata.

Another legend is the story of the Vindhya Mountain, who was once provoked by sage Narada. Vindhya was determined to prove Narada wrong and started observing strict penance with the aim of pleasing Lord Shiva. On the banks of river Narmada, where Onkareshwar Linga was located, the mountain did a strict penance for six months. Pleased with his austerity, Lord Shiva appeared to him and asked to ask for boon.On such saying of Lord Shiva, the Vindhyachal asked God to give him wisdom.At the same time, pray also to be established at this place for eternity. On the sincere request of all the gods and the sages Lord Shiva made two parts of the lings. One part is known by the name of Onkar and the other is known as God or Amaleshwar. 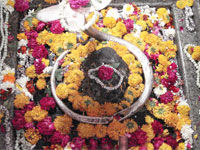