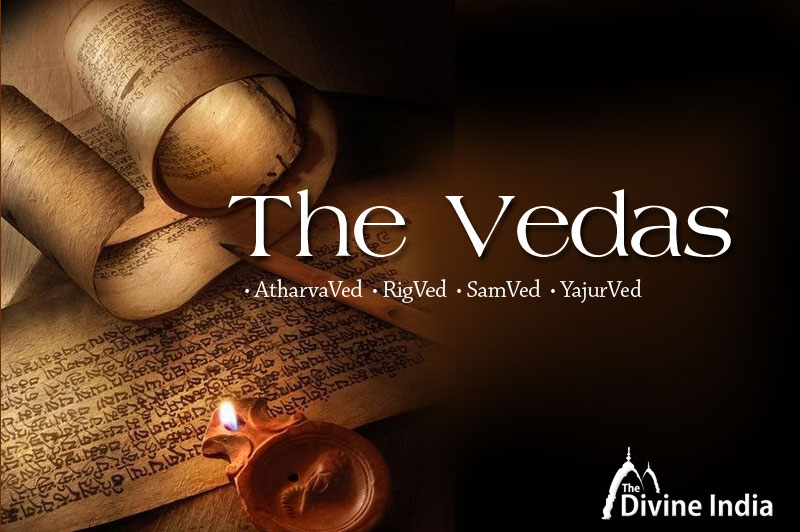 The Sanskrit word Véda "knowledge or revelation" is derived from the root Vid- "to know", i.e. entire knowledge is contained in this single word. Veda is the most important and sacred Scriptures of Hinduism. Veda is world’s oldest written document and it is believed that these are so ancient that they are not perceived by humans. Veda means Knowledge in common language. In fact, knowledge overcome all the hurdles and reduces darkness that reside in one’s mind. Sources stated that history of the Vedas is a repository of mythological knowledge. Ancient Indian sage Mantradrishta, by the enchantments of the hidden secrets of knowledge, understanding, reflecting their perception of the world to compile the knowledge presented in the texts of ancient texts called Veda. It is believed that these mantras were delivered by God to sages indirectly. Shruti is another name given to Vedas.

What is Veda?  in common language is a sacred book of Sanskrit in which general treatises, including astronomy, mathematics, science, religion, flora, nature, etc. Almost all the topics related to astronomy is full of knowledge. The Vedas are the backbone of our Indian culture. According to the wishes of these unwelcome related measures and measures to achieve it are stored. But as any work needs effort, in the same way these gems in the form of compiled knowledge can be achieved by one with hard working.

Compilation of Vedic Mantra and Number of Vedas

It was believed that earlier Veda was one but for convenient reading it was further divided into four parts. It is mentioned in Srimad Bhagavad by a verse. These thousands Vedic mantras and compositions are not possibly hatched at the same time nor done by a sage. Their composition is characterized from time to time by saints and they gather afterwards According to the verses of Brahmin Shatapatha,  fire, air and sun, penance and Rig Veda, Yajur Veda, Sama Veda and Atharva received respectively.

The first three Vedas, has been linked to fire, air and the sun. These relate to the mystics of the three names mentioned, the reason behind this indicates that the fire eliminates the darkness of ignorance. And it became the symbol of wisdom. Air is often moving and keeps on flowing. It symbolizes that work or actions continue to function, and i.e., related to work or Karma. Sun is worshipped by all and is very powerful. Therefore stated that Sun is venerable worthy of worship. According to a text the four Vedas were originated from Brahma ji’s four faces.

Blog/Story
If it rains somewhere!