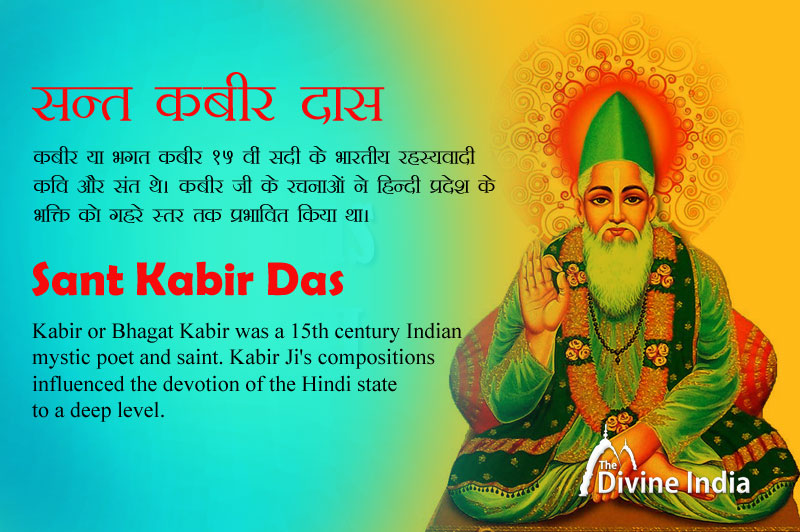 Kabir or Bhagat Kabir was a 15th century Indian mystic poet and saint. Kabir Ji's compositions influenced the devotion of the Hindi state to a deep level. His writings can also be seen in the Adi Granth of Sikhs. Saint Kabir did not celebrate any religion. He condemned the social evils, rituals, superstitions and severely criticized social evils. During his lifetime many people of both Hindu and Muslim religions were very critical of him.
The exact place of birth of Kabir is not known, but some people believe that he was born in Kashi, which was confirmed by Sant Kabir himself in one of his statements.

Saint Kabir himself was not educated, so he did not write any scripture himself and spoke from his mouth and his disciple had written it. The glory of Ramnama is echoed in his thoughts. They believed in a god.