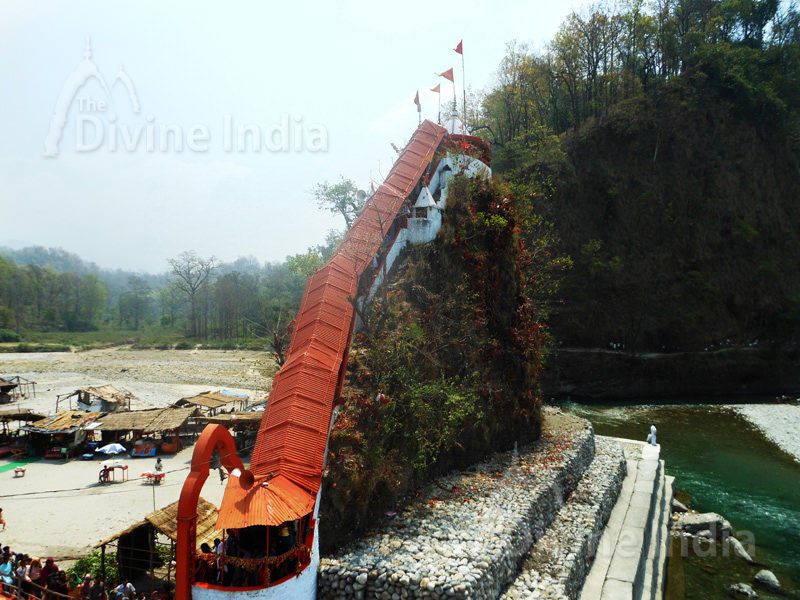 Girija Devi Mandir (Temple) is very famous temple in uttarakhand. this is very holy place, temple called local language in Garjia Mandir. Girija Devi Temple is situated in Garjiya at a distance of 12 KM from RamNagar on Dhikala road. It is a sacred Shakti shrine where Garjiya Devi is the presiding deity. This temple is built on a rock in the middle of river Kosi and visited by thousands of devotees during Kartik Poornima, a Hindu holy day celebrated on the fifteenth lunar day of Kartik (November - December). It is also known as the festival of lights of the gods. Devi Girija is the daughter of Himalaya and wife of Lord Shiva. This temple was very less known till 1940 but in the recent years the strengths of devotees has increased to lakhs. The modern day temple was restructured in the year 1970. It is believed that the rock on which the temple is located came down during a flood in river Kosi.

Devi Girija is easily pleased with the true devotion of Her devotees. While praying, the devotees offer the Devi coconut, red clothes, kumkum etc.

There is a 4.5 feet high idol of Girija Devi along with the idols of Devi Saraswati, Lord Ganesha and Batuk Bhairava.

There is also a temple of Laxmi-Narayan in the same temple premesis. The idols of this temple were found during excavation here. It is believed that the prayers here are not complete untill the devotee worships Bhairava after worshipping Girija Devi.

Ramnagar is well connected through train and bus services. One can take a taxi from Ramnagar to reach here.