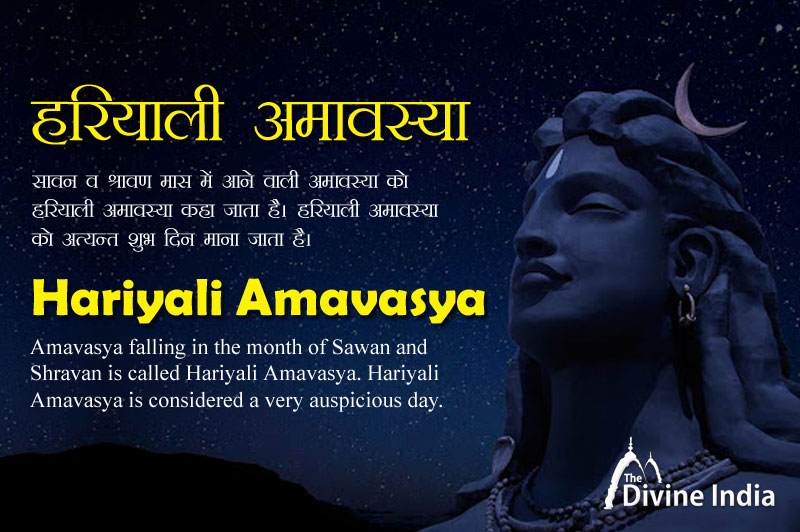 This day is called Hariyali Amavasya because there is greenery all around in the month of Sawan. That's why this festival is called the festival of greenery. Apart from this, plants are also planted on this day for the fulfillment of various wishes. On this date, prosperity and prosperity can be obtained through plants.

Donation, meditation and bathing have special significance on the day of Hariyali Amavasya. The festival of Hariyali Amavasya is famous by different names in India. It is very famous in the northern states of India like Rajasthan, Uttar Pradesh, Haryana, Punjab, Jammu Kashmir and Himachal Pradesh.

In Maharashtra it is called 'Gatari Amavasya', in Andhra Pradesh it is 'Chukkala Amavasya' and in Orissa it is celebrated as 'Chitlagi Amavasya'. As with the name, the customs and traditions differ in different parts of the country, but the spirit of the celebration remains the same.

How to do Puja on Hariyali Amavasya