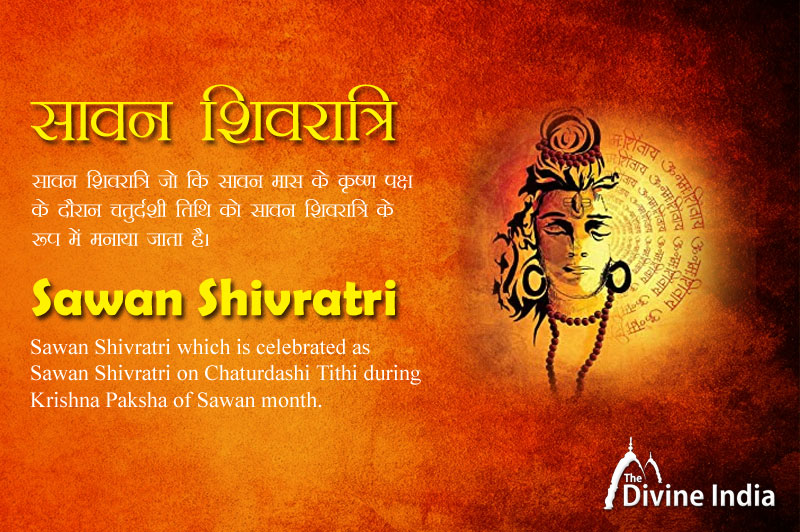 Some Shiva devotees have to organize Maha Rudra-Abhishek in the Shivaratri of Sawan. So that by getting the blessings of Lord Shiva, one can get happiness, peace and blessings of Mahodav.

Shivratri falling in the month of Shravan is known as Sawan Shivratri. Since the entire Shravan month is dedicated to worshiping Shiva, the month of Shivaratri during the month of Sawan is considered highly auspicious.

The Shivratri of Sawan can also be said to be the end of Kanwar Yatra.

Lakhs of devotees from different parts of North India, especially West Uttar Pradesh, Haryana and Delhi participate in the Kanwar Yatra. Those who start their journey from Haridwar and Gaumukh and with the holy Ganges water brought with them at their place of residence, they perform Jalabhishek of Shivling in temples especially on the day of Shivratri.

Sawan Shivratri in the states of India

However, the most important Shivaratri known as Maha Shivratri falls during February or March.

How to do Puja on Shiratri