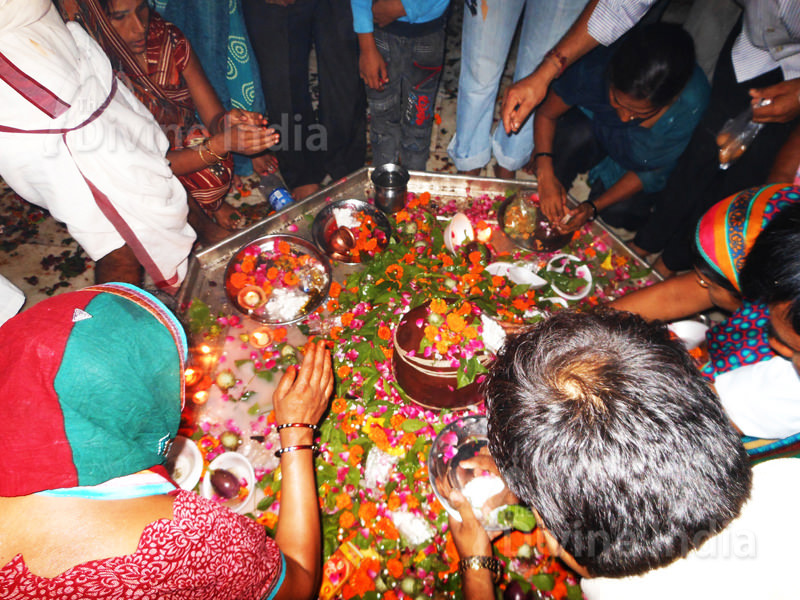 Kanwar yatra or Kavad yatra is an annual pilgrimage of Lord Shiva. It starts in the month of July or August or the month of Saavan as per Hindu calendar.  During this pilgrimage, the devotees of Lord Shiva fill the water from the Holy Ganges at Gangotri, Gaumukh and Haridwar in their Kanwar and bring the same to their native place. Then they offer this water to Lord Shiva and perform His Jalabhishek.

The devotees from different part of India especially West Uttar Pradesh, Haryana, and Delhi take part in this pilgrimage. The devotes start their pilgrimage from Haridwar or Gaumukh and reach their native place on or before Shivratri. On the day of Shivratri festival, the holy water is offered to Lord Shiva on His Shiv-linga.

According to mythology, Gangajal can be offered to only Swayambhu Shivlingas or 12 jyotirlingas. But these days, people offer the Gangajal to Shivlingas established in their homes and perform the jalabhishek.

Due to this reason, the devotees travel hundreds of kms and bring the holy Gangajal. Earlier the devotees would complete the pilgrimage on their feet but these days motor vehicles are also used to cover the distance. During the pilgrimage, people organise camps for the devotees for them to take rest and get fresh.

During the puja, bel-patra, bhang, dhatura, durvakur etc are offeredto Lord Shiva.  Apart from these, the panchamrut made from milk, ghee, honey, curd and sugar when  offered to Lord Shiva pleases Him and brings His blessings.