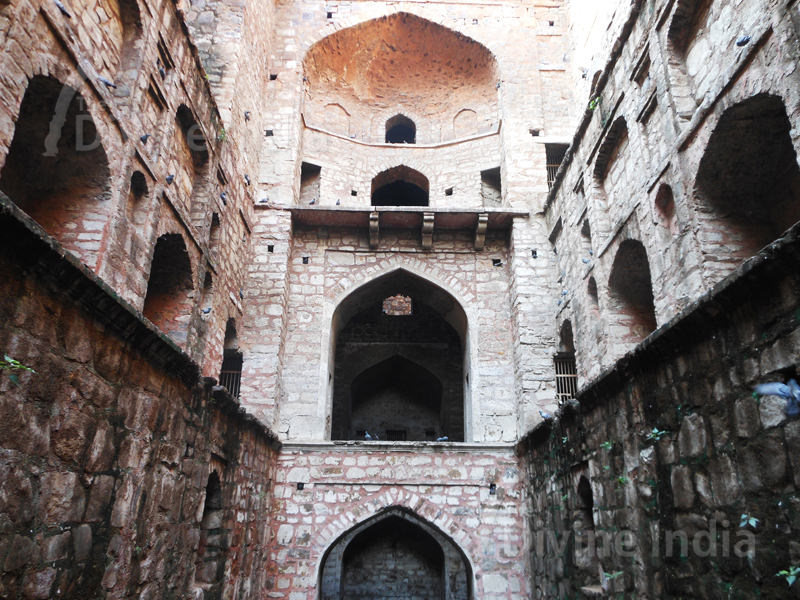 Agarsen ki baoli has unique structure which is quite different from the traditional round shape. It has three levels where each level has an arched area, which was used as a resting place. The center of the well has water and the water is also linked to a well dug in a covered platform. The gallery and chambers surrounded walls of Agarsen ki baoli are carved profusely. These chambers used to become cool and provide quiet retreats during summers.