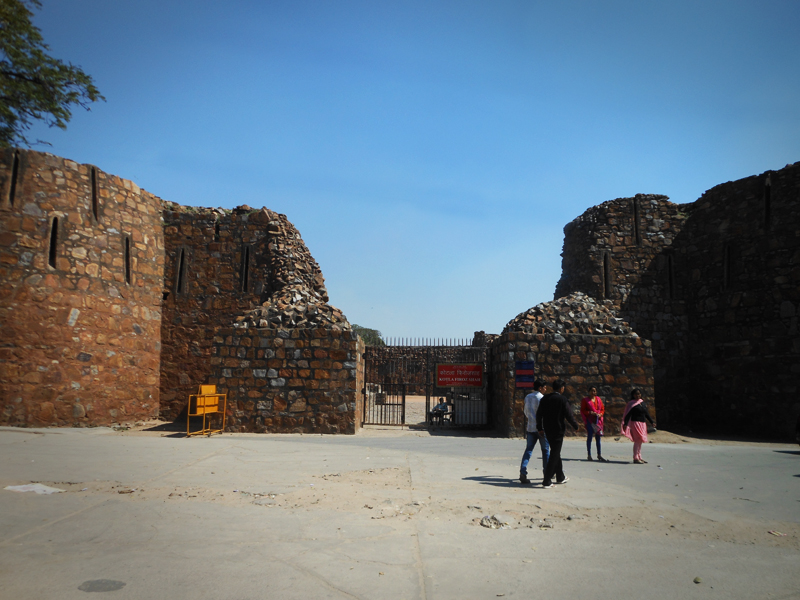 Feroz Shah Kotla is located near Bahadur Shah Zafar Marg in between New Delhi and Old Delhi. In 1354, Sultan Feroz Shah Tughlaq established Ferozabad and Feroz Shah. Kotla is the core of that extensive city. Historian Shams Siraj Afif, who lived during Feroz Shah's reign, described the city as very well and distantly established. In the north the buildings of the city stretched from Northern Ridge ( today known as Pir Ghaib). To the south the city extended to the site now marked by the Purana Qila or Old Fort. According to him the population of the city at that was around 1,50,000.

As compared to the earlier sites of substantial settlement in Delhi which had been further south only - Lal Kot/Qila Rai Pithora (now the area around the Qutub Minar), Siri a little to its north-east, and Tughlaqabad in the hills to the south-east, Ferozabad was much further north than these three early settlements, it was also the first of the capitals to be built on the bank of the river Yamuna.

Feroz Shah Kotla was the grand and opulent royal citadel of the city. Visitors, invaders like Timur and contemporary chroniclers have given glowing descriptions of its buildings. Unfortunately most of its priceless stones and gilded and painted features have extinct today. Later on, materials for the construction of cities like Din Panah and Shergarh in the south and Shahjahanabad in the north were plundered from here.

The walls of the citadel are as high as 15 metres high and have a slight slope on the outside. The top parapets or merlons have now disappeared but the arrow slits can still be seen. Historians have listed many structures in the fortress. One of thethere was m, 'The Palace of the Wooden Gallery/Overhang' was for the officers of the emperor, and the 'Central Quadrangle' or the 'Palace of the Public Court', was where the emperor held court for the general public. The surfaces were at one time covered by a fine limestone plaster which was decorated by carving and painting in various colours.

It is a three-storey building which was specially commissioned by Feroz Shah to support the Ashoka pillar. This pillar was set up at Topra, near Ambala, by the great Mauryan Emperor Ashoka. The pillar had several edicts regarding Ashoka's principles of government inscribed on it. This monolith pillar is 13 metres high, with a diameter of 65 centmetres at the op and 97 centimetres at the bottom. Feroz Shah ordered to bring it to Delhi and it was reinstalled here with great effort. It was crowned by a capital of coloured stones and a golden globe with a crescent on top. The building, now in ruins, originally has a railing and eight domed chhatris (pillared kiosks) at the top, and a stone lion at each corner.