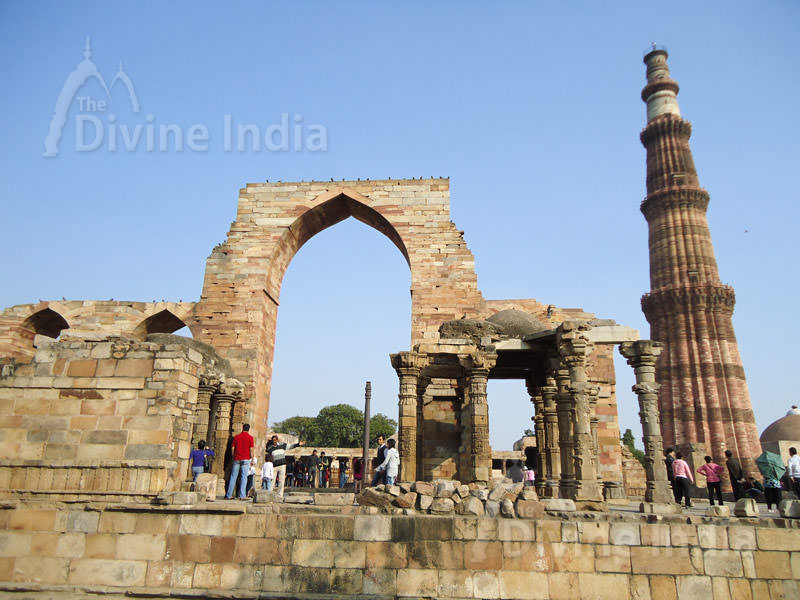 Qutub Minar is a UNESCO world heritage site located in Delhi, India. Qutub Minar is tallest minaret in India, with a height of 72.5 meters (237.8ft) and have 379 stairs to reach the top. The Minar tapers from a 15 meter diameter at the base to just 2.5 meter at the top. The tower has five distinct storeys , each has projected balcony which encircles the Minar. Each balcony is supported by stone brackets, which are decorated with honeycomb designs, more conspicuously in first story.

Qutub Minar is a tower of victory; its construction work was started by Qutub-ud-din Aibak in 1193 after the defeat of Delhi's last Hindu emperor but only finished the basement. His successor Littlish added three more storeys; Alla-ud-din Khilji in 1315 made additions to the building and in 1368 Firoz Shah Tughlak constructed the fifth storey. The first three storeys are made of red sandstone, the fourth and fifth storeys are of marble and sandstone. An engraving over its eastern gate infuriatingly informs that it was built with material obtained from demolishing 27 Hindu and Jain temples.

Minaret of Jam in Afghanistan inspired Qutub Minar. Numerous inscriptions in Arabic and Niagara characters in different places reveal the history of Minar. The Minar is one of earliest and most prominent examples of Indo-Islamic architecture. It is surrounded by several other ancient structures collectively known as Qutub complex. At the foot of the tower Quwwat-ul-islam Mosque; the first mosque to be built in India is present. A 7-meter high Iron Pillar stands in the courtyard of the mosque. It is said that if one can encircle the pillar with his hands while standing with his back towards the pillar; his wish will be fulfilled. Qutub minar attracts a large number of visitors from the entire globe. 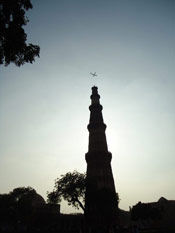 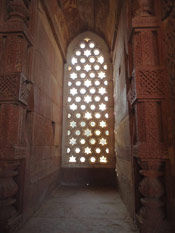