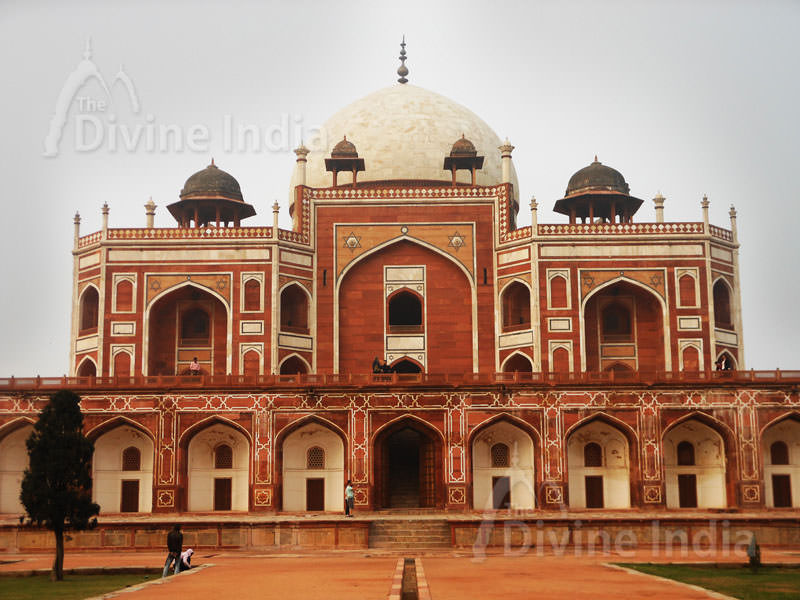 In addition to Humayun's tomb inside the enclosure of the walls around this tomb, his Begum Hamida Bano and Dara Shikoh, the eldest son of the later Emperor Shah Jahan, and several successors Mughal emperors Jahandar Shah, Farrukhsiyar, Rafi ul-Dumit, Rafi ud-Daulat and Alamgir The tombs of the second Adi are located.

This building was built on the banks of river Yamuna. The main building was completed in about eight years and became the first example of the Charbagh style in the Indian subcontinent, which spans about 30 acres. Here red sandstone was first used on such a large scale. Such gardens have never been seen before in India and later set an example for Mughal architecture. This building group was declared a World Heritage Site by UNESCO in 1993.

This tomb was completely different from the tomb Bagh e Babur in Kabul of Humayun's father Babur, built by the Mughals earlier. Along with Babur, the tradition of burping the emperors in the tombs built in the garden began. Based on the tomb built in Samarkand (Uzbekistan) of his ancestor Timur Lang, this building became the inspiration for the tombs of Mughal architecture going forward in India. This architecture reached its peak with the Taj Mahal.

The site was chosen for the mausoleum on the banks of the Yamuna river because of its proximity to Hazrat Nizamuddin (Dargah). Saint Nizamuddin has become a famous Sufi saint of Delhi and has been highly regarded by the rulers of Delhi. His then residence was also located in the Chilla-Nizamuddin Auliya, in the north-east direction from the place of the tomb. In later Mughal history, the Mughal emperor Bahadur Shah Zafar along with three other princes took refuge here during the first Indian freedom struggle of 1857. He was later arrested by Captain Hodgson of the British Army from here and was later imprisoned in Rangoon.

Other tombs and buildings of this place are named:

Charbagh Style - It is a quadrangular Parsi style garden and is the first of its kind in South Asia.

Barber's Tomb - Inside the boundary wall is a mausoleum called Nai-ka-Dome, which is the tomb of a royal barber. However, due to not inscribed on it, it is difficult to know whose grave it is. 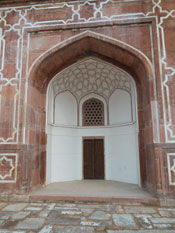 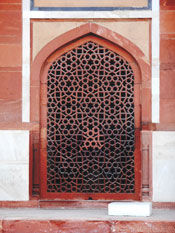 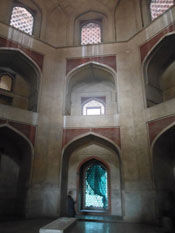 about the Humayun of Tomb