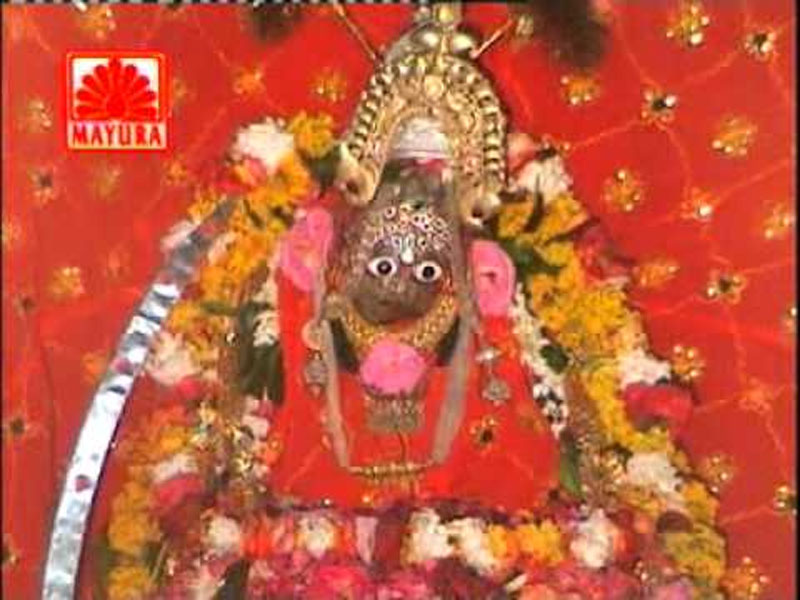 The temple is dedicated to goddess Avari Mata and the temple the Aasawara village. The temple is beautifully settled between hills and waterfalls. This temple is situated near a pond, which is believed to be sacred and there is a beautiful statue of Lord Hanuman. The Idol of Mata is situated in the main central part of the temple and the idol is decorated with beautiful flowers and gold ornaments.

It is believed that the name of Bhadesar village landowner was Awaji. Awaji had seven sons and a daughter. Awaji asked his sons to search bridegroom for their daughter Kesar. Seven brothers fixed marriage at different places. Kaiser worshiped his family Goddess and urged to correct this problem. On the day of marriage, the earth collapse in it. When the daughter was going under earth, the father caught the hand of his daughter. This angry Kesar had cursed his father. Awaji constructed the temple for the liberation of the curse which is now known as Avari Mata.

The characteristic of Avari Mata Temple is that it is believed that this temple, poliya and paralysis patients are cured by worshiping this temple, the devotee who is recovering from the disease of the part of his body, makes the organs of gold and silver as part of that body and offers the mother. Devotees participate in the daily arti of Avari Mata which are present in large numbers to see the holy aarti.

All the festivals are celebrated in Avari Mata Mandir, especially in the festival of Durga Puja, Navaratri and Hanuman Jayanti, special pooja is organized. On this day, the temple is decorated with flowers and lights. The spiritual atmosphere of the temple provides peace to the heart and mind of the devotees.

Blog/Hinduism
The glory of chanting the name of God