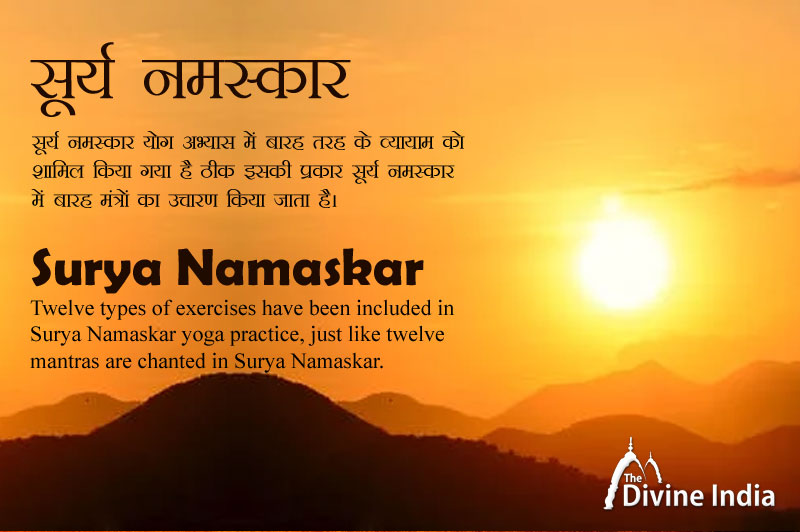 Surya Namaskar is the best of the Yogasanas. This practice alone is capable of conveying the benefits of complete yoga exercise to the seeker. By its practice, the body of the seeker becomes healthy and glowing by becoming healthy. Surya Namaskar is said to be useful for women, men, children, young and old people. Our ancestors also used to do Surya Namaskar Yoga and wrestlers etc. also practice it. In today's time, where a person should be healthy, the highest and most famous yoga practice for this is Surya Namaskar.
This yoga practice can be understood through a verse

Meaning : Those who do Surya Namaskar daily, their age, intelligence, strength, semen and luster increase and the tension and grief of the body ends.

The importance of Surya Namaskar has been told in Hinduism. Water is offered to the Sun God in the early morning so that the person remains healthy and can get the blessings of Lord Surya. Thus twelve mantras are chanted in Surya Namaskar. A different name of the sun is taken in each mantra. Each mantra has only one simple meaning – salutations to the sun. These twelve mantras are chanted in the twelve positions or steps of Surya Namaskar. First of all praying for the sun and finally saying a verse explaining its importance with salutations -