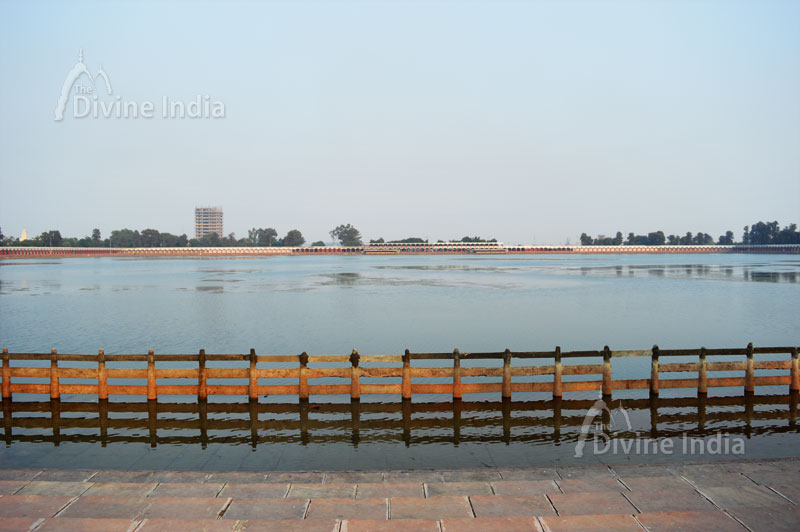 Brahma Sarovar is a holy sarovar situated in Thanesar, Kurukshetra, Haryana. It is believed in Hindu religion that bathing in this sarovar gives physical and internal cleansing. The sarovar is named after God Brahma who is the creator of this universe.

It is believed that this pond was digged up by King Kuru who was the ancestor of Pandavas and Kauravas. According to mythology, Kurukshetra was produced after a big yagna performed by God Brahma. People from all across the country come to take bath in the holy pond here.

It is also said that one earns same virtue as one would earn by performing Ashvamedha yajna. The sarovar is 1800 ft long and 1400 feet wide. The sarovar is very deep. The warning signs can be seen at various places. Brahma Sarovar is the biggest man made sarovar in India. The sarovar is divided into two parts. There is a temple of Lord Shiva and Goddess Kali in the middle of the sarovar. The path to the temple is via a bridge. It is said that the Shiva-linga here was established by God Brahma himself here. There is also a very  big idol of Lord Krishna preaching Arjuna. The pond is circumscribed with concrete ghats from all the sides where the devotees can take bath.

In the month of November, when Gita Jayanti is organised the pond looks very beautiful. In the start of December, Deep-daan is organised here in which the burning lamps are flowed across the water. At the same time, migrant birds come here in large numbers. 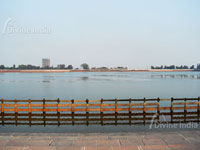 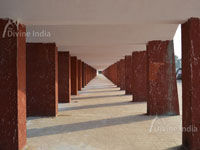 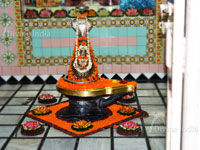 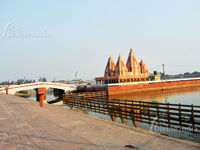