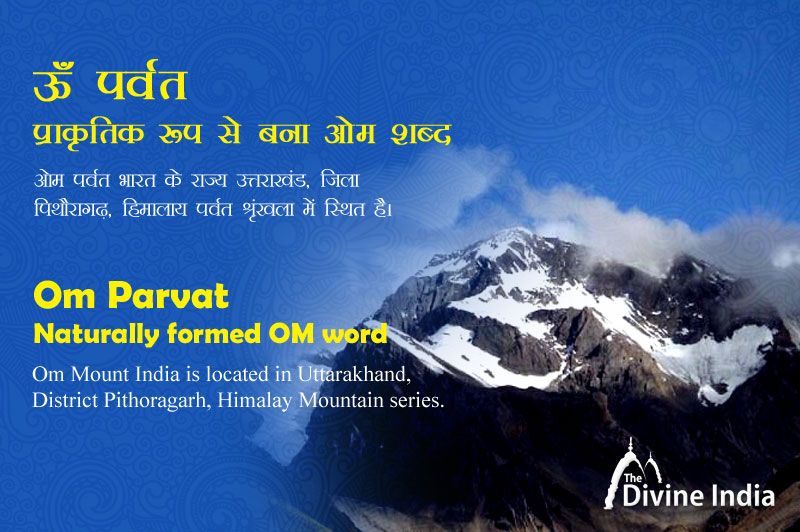 Om Parvat is an important place for the followers of Hinduism. Om Mount India is located in Uttarakhand, District Pithoragarh, Himalaya Mountain series. It is a mountain which is one of the mountains in the Himalayan mountain range having an altitude of 6191 meters. It is a mountain on which the famous word 'Om' of Hinduism can be seen naturally formed. Hence the name of this mountain is Om Parvat. Om made of snow is seen on the Om mountain. Om Parvat is considered a holy place for Hinduism, Jainism and Buddhism. On this mountain the word ‘Om’ can be seen from Nabidagan which is considered to be a spectacular sight. It is said that Om Parvat is associated with Lord Shiva.

According to mythological beliefs, there are 8 naturally occurring figures of ‘Om’ on the Himalayas. Of these, only the shape of the Om mountain has been known so far. Apart from Hinduism, this peak also holds special religious importance in Buddhism and Jainism. On the other side of this mountain is a mountain named Parvati Muhar which is connected by a pass of the same name. 'Om' is visible from the border of India, while its back part falls towards Nepal.

Om Parvat can also be seen during the journey to Kailash Mansarovar located in Tibet. In a way, this place is situated between Kailash and Adi Kailash. This place is located near the Nepal-Tibet border which provides a spectacular view. Travelers coming here can also see the huge peaks of Annapurna from this place. This place is near Dharchula.