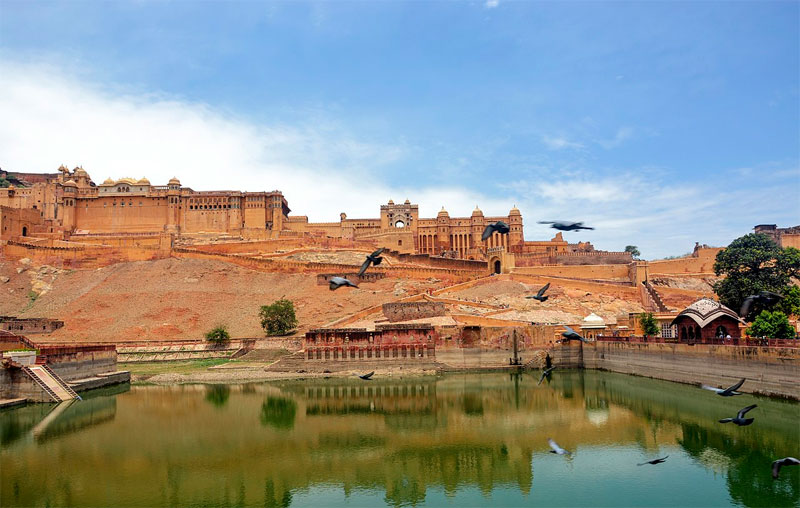 Jaigarh fort is one of the major tourist spot of Rajasthan and included among the monuments of India. The Jaigarh Fort was built to secure Jaipur city. Originally built to protect the Amer Fort, the Jaigarh Fort is architecturally similar to the Amer Fort. “Victory fort” is the other name given to the fort. The fort is built by Sawan Jai Singh II between 15th to 18th centuries using the red sandstones. It is located at a distance of 15 km from the Pink City of India. The fort was built as a residential place for the king and royal family. Later the fort was used to keep weapons.This majestic fort has the complexes to store the huge weapons, cannons and other arms along with places like warriors assembly.

Jaigarh Fort is made-up of sandstones and is spread over an area of 3 km. Located on the "Cheelka Teela" (Hill of the Eagle) of the Aravallis in Jaipur.  The fort was never conquered in battle, and was also the strongest of the three forts in Jaipur. During the Mughal dynasty, the fort witnesses the defeat of Aurangzeb who killed his own brothers. The fort test-fired the world's largest cannon only once.

According to folklore, the rulers buried a huge treasure in the soil of the Fort. However, the treasure was never recovered.It is believed that the treasure, when discovered during the 1970s, was seized by the government of Rajasthan. DungarDarwaza, the main gate of the fort. There are huge court rooms and halls provided with screened windows. The fort encloses the largest cannon in the world, called the Jaivana, which is kept on wheels. The canon weighs about 50 tonsand having a 20.19 feet barrel and 11 inch diameter is the main highlight. Laxmi Vilas, Vilas Mandir, LalitMandir and the Aram Mandir, are some of its major attractions. Ram HariHar temple built in the 10th Century, and the KalBhairav Temple built in the 12th Century are the two vintage temples of the fort. There is also a Persian style garden within the complex of the fort which is divided into 4 parts.The entry to the Aram Mandir is through the AwaniDarwaza which is a magnificent triple - arched entrance.The museum is located to the left of the Awami Gate which displays the puppets, artifacts, photographs and the war utilities of the Rajput rulers inside the fort.

Jaigarh fort is one of the strongest fort of Jaipur and gives a panoramic view of the whole city. The fort opens on all days of week from 9:00 am - 4:30 pm. It was designed by an architect named Vidyadhar. The best time to visit the fort is between October to March.