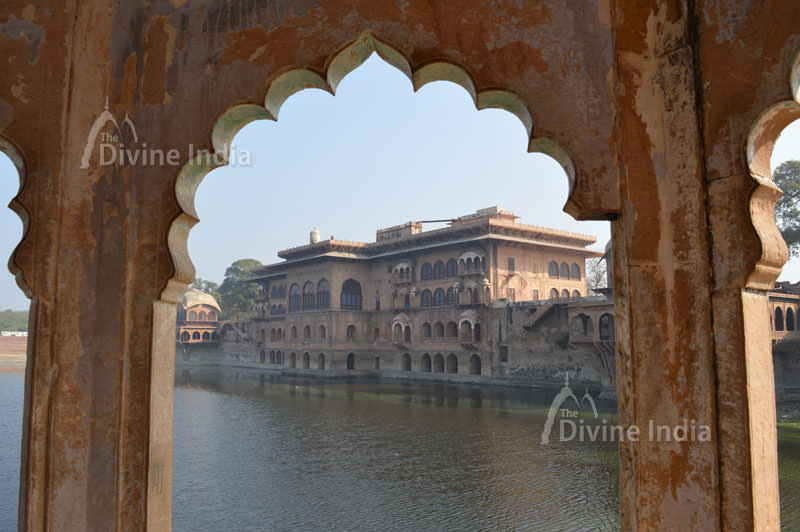 Deeg palace is situated at a distance of 32 km from Bharatpur district in Rajasthan. Deeg is an ancient town whose original name was Deergapur. The town also finds its mention in Sankad purana. An annual fair is organised here for three days in the month of September.

Deeg fort and Jalmahal are very important creation of Maharaja Surajmal. The major attraction of this fort is watch tower. One can have a 360 view of the town from this watch tower. The remains of the fort can be seen here along with the canon looted from Agra fort, a deep gorge and tall walls surrounding the fort.

There is a square lawn in between the palace built in the char-baag style. The palace is also famous for fountains which are run twice a year. Two lakes one each in east and west are known as Gopal and Roop sagar.  Nand bhawan is in north while the main building is in west known as Gopal bhawan which is the biggest among all the palaces. It is double storey from three sides and there is a big community hall in the centre. There are two small buildings near to gopal bhawan which are known as Saavan-Bhaado. There are two palaces each facing north and south of the square. In the west is Suraj bhawan made of marble from Makrana and in the east is Kishan bhawan made of brown stone. There is a water tank on the roof in between these two palaces which serves water to all the palaces and lawns. 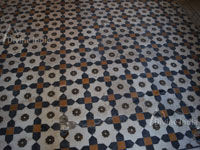 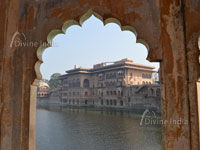 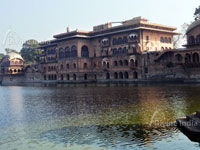 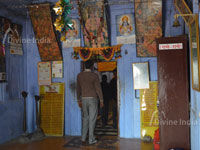 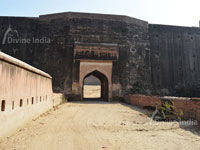 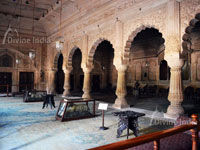 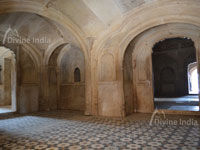 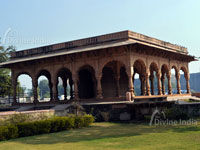 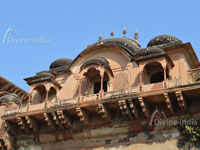 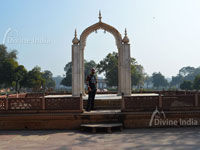 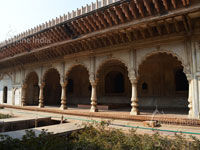 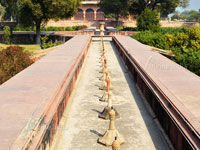 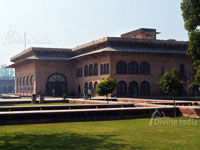 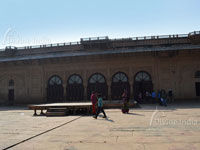 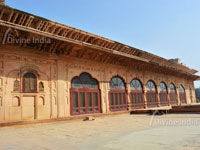 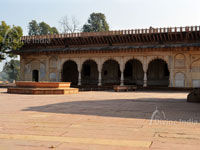