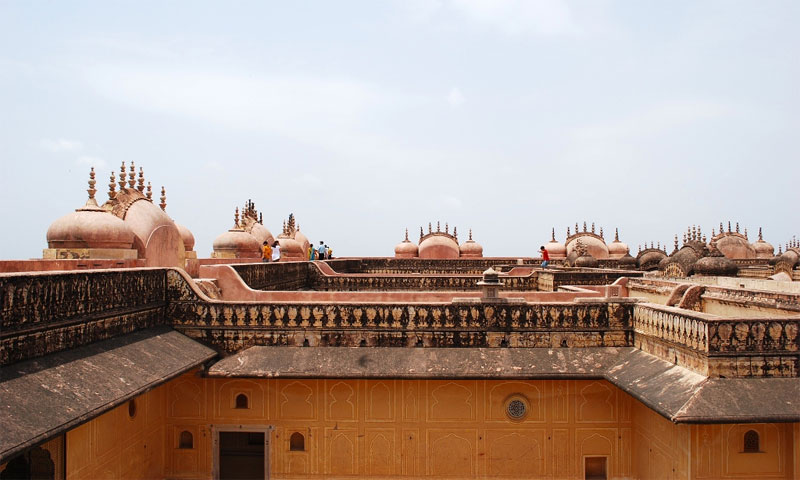 Rajasthan has many forts and palaces, Nahargarh fort is one of them. Nahargarh fort is the most famous tourist spot and one of the monuments of India. Nahargarh Fort, along with other two forts i.e., Amer Fort and Jaigarh Fort, once formed a strong defense for Jaipur city. This fort was originally named Sudarshangarh Fort but later was given a new name, “Nahargarh” which means 'abode of tigers'. The fort was built by Maharaja Sawai Jai Singh II in 1734 and renovated by Sawai Ram Singh in 1868. The fort is located in one of the oldest mountain ranges of the world, the Aravalli Hills. Nahargarh Fort is known for its extended wall which connects it to the Jaigarh Fort. The fort has also been a refuge for a number of Europeans at the time of the Sepoy Mutiny of 1857 including the wife of British Resident.

It is believed that the construction of this fort was obstructed by the spirit of a Rathore prince, Nahar Singh Bhomia. Every morning the workers would find the previous day’s work destroyed. The spirit of the prince was not happy with the idea. This is when the then Maharaja, Jai Singh discovered the land was haunted.However, the spirit was pacified when a temple dedicated to him was built inside the fort.As the name suggests the fort was named after prince.

Nahargarh Fort is located around 6 km outside the city of Jaipur. The fort is home to the Jaipur wax museum and Sheesh Mahal and both are situated near the entrance of fort. The fort opens on all days of week from 10:00 am to 5:30 pm. The fort was a mix of Indo-European architecture styles. The fort’s structure is two storied building with suites for king and his twelve queens. Divided into nine similar apartments, each one consists of a lobby, bedrooms, toilets, kitchen and store.

One of the main attractions in the premises of the Nahargarh fort is the Madhavendra Bhavan. The fort was mainly used as retreat for the royal ladies, the Women’s Quarters or the Zenana is extremely impressive and is called Madhavendra Bhavan. It is spread in in the major portion of the fourth courtyard. Maharaja Sawai Jai Singh built this part especially for his royal ladies as it consists of fine taste of luxury and wonderful Rajputana art. 'MardanaMahal' was also constructed in the complex for the royal men. Nahargarh Biological Park is the other attractions of the fort. Diwan-I-Aam, an open enclosure where the king met common public to hear out their grievances. Nahargarh Fort is definitely a shining example of such a beauty.