Rules for after meals 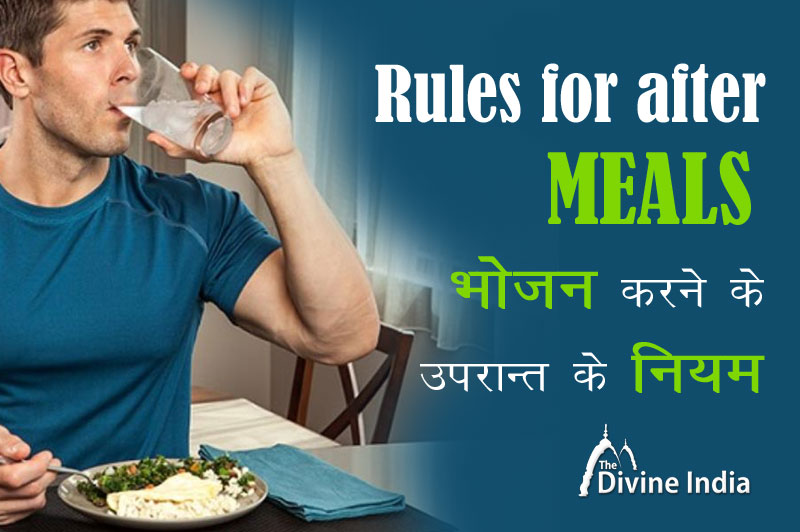 Walking should be done after meals or should lie down on the bed and relax?

It is very important to walk at least a hundred steps after taking food. By walking, if there is a little bit of food stuck in the alimentary canal then it easily reaches the stomach, while sleeping stops at the same place. Many types of diseases can be caused by sleeping immediately after meals and by sitting, the stomach gets enlarged.

Should you drink water immediately after meals?

Scientific reason - After eating food, one experiences a type of hot heat in the body. Why so? Because there is heat in the grain and that heat reaches through the food in the stomach, gastritis is used to digest that food and the gas produced by the heat of the food goes out of its way whereas immediately after the water comes out from drinking water The gas is suppressed by the relaxation of the water and later it arises in the form of many diseases.

Should you eat food in copper containers or not?

Eating copper in a vessel is considered prohibited because according to the Hindu belief, only Devpuja of Tamrapatra is used.

Scientific reason - In the copper vessel, other than water, other chemical substances are introduced in the food and copper vessel, due to which the food substance kept in the container starts to get distorted.