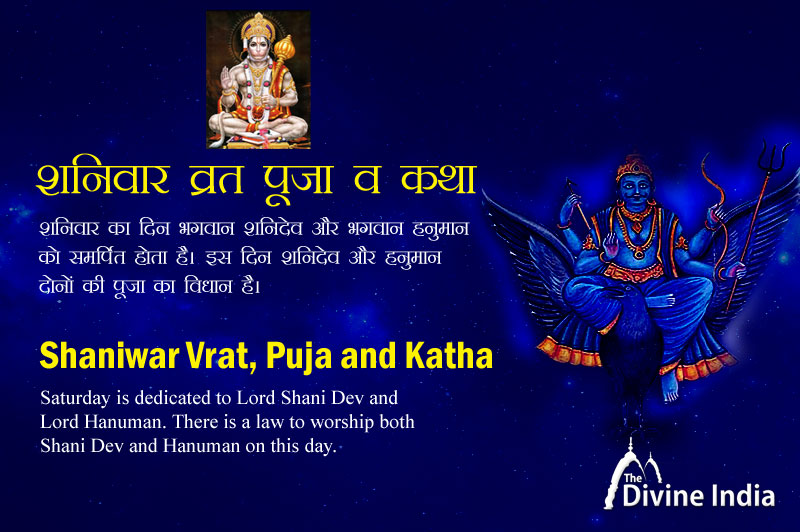 In Hinduism, seven days of the week are dedicated to some deity. In this way, the day of Saturday also holds importance in Hindu religion. Saturday is dedicated to Lord Shani Dev and Lord Hanuman. This fast is observed by both men and women. Saturday fast is considered very fruitful. There is a law to worship both Shani Dev and Hanuman on this day.

Shani Dev is called the god of justice. Shani Dev gives punishment and fruits to the person according to his deeds. Shanidev is the son of Lord Suryadev. According to astrology, if the Mahadasha of Saturn is going on in the horoscope of a person, then he should observe a fast on Saturday.

Shani is worshiped on this day. Black sesame, black clothes, oil, urad dal are very dear to Shani. That is why Shani is worshiped by them. This fast is done to remove the dasha of Shani. The recitation of Shani Stotra is also very beneficial.

Why Hanuman is worshiped on Saturday

According to mythology, Shani Dev has a lot of influence in the life of any person. Ravana had become so powerful that he could control the movement of the planets as per his wish. Ravana always wanted to make his son Meghnad Ajay. That's why Ravana had made Shani Dev a captive. When Hanuman ji came to Lanka in search of Mother Sita, Hanuman ji saved Shani Dev from the clutches of Ravana. Then Shani Dev thanked Hanuman ji and Shani Deva promised that he would never exert his influence on the person who would worship Lord Hanuman on Saturday.

At one time, there was debate among nine planets on the question of who is the biggest in heaven. All the gods came to Devraj Indra for decision and said - O Devraj, you have to decide who is the greatest among us? Indra got confused after hearing the question of the Gods, then he suggested everyone to walk to King Vikramaditya in Prithiloka.