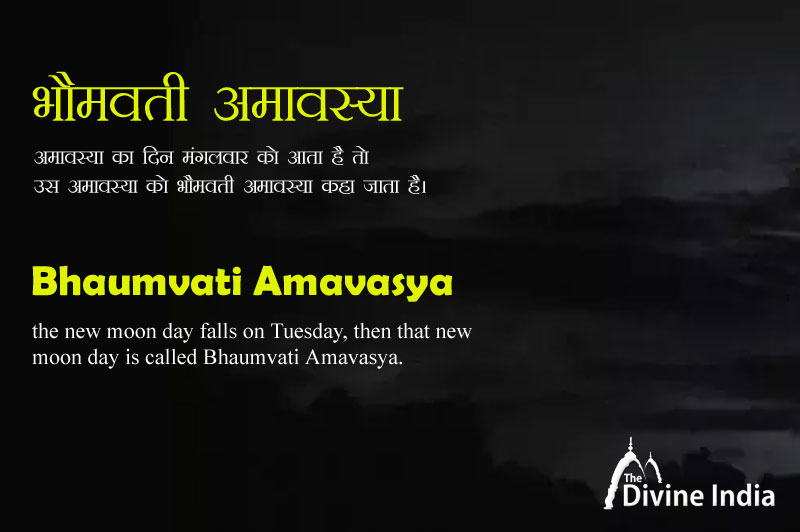 According to astrology, on Tuesday, when the Moon and the Sun enter the same zodiac or the sign next to them, then it becomes Bhaumvati Amavasya Yag. It is believed that worship is done for ancestors and ancestors on this day.

Bathing, charity and fasting have special significance on the day of Bhaumvati Amavasya. It is said that on this day, donating after bathing in the Ganges gives inexhaustible fruits. If you cannot bathe in the Ganges, then take a bath at home. Take a bath by mixing Ganga water in the bath water and meditate on Mother Ganga. Doing this also gives renewable results. Donations and food should be given to the needy people on this day.