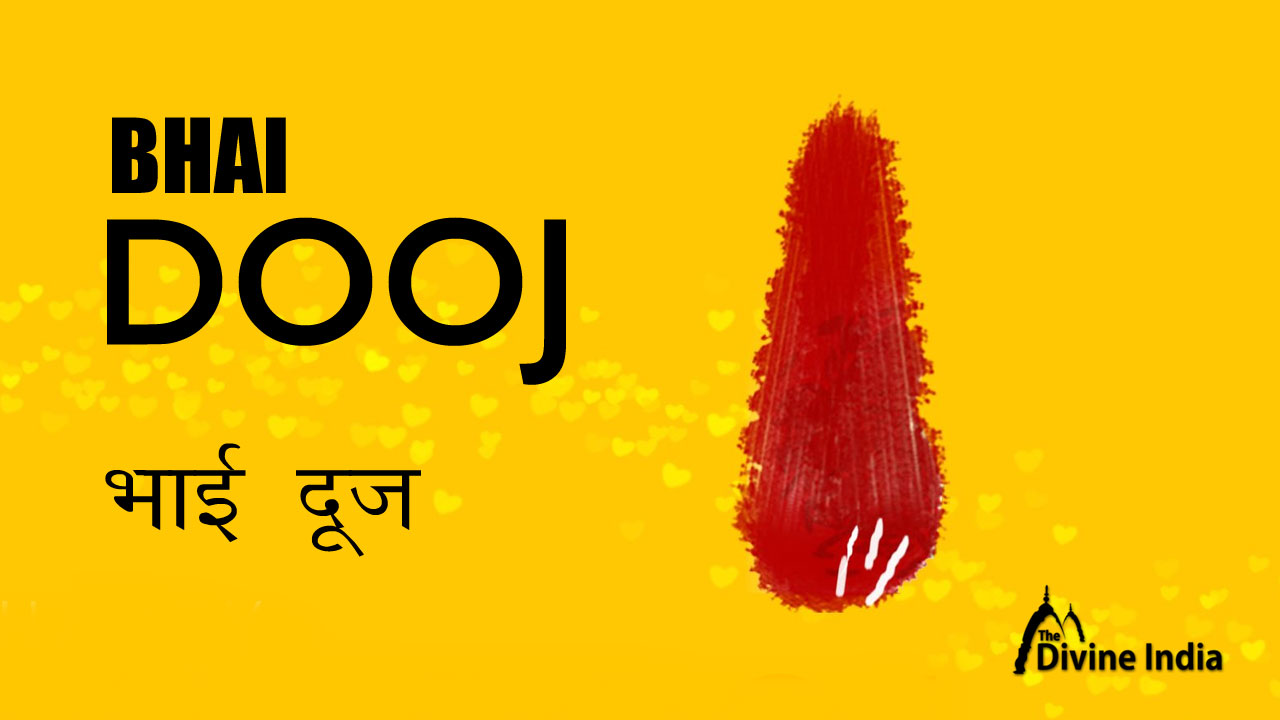 In the northern part of the India, a ritual is also performed, a dry coconut (called gola in the regional language) is tied with a clava, the sisters perform the aarti of their brother and apply a red tika on the brother's forehead. On the occasion of Bhai Dooj, this tika ceremony, the sister prays for the brother's long and happy life, gives the dried coconut to his brother. In return, elder brothers bless their sisters and give those gifts or cash.

The entire ceremony reflects the brother's duty to protect his sister, as well as the sister's blessing for her brother.

In 2023, Kartik Shukla Dwitiya date will be on both 14 and 15 November. Dwitiya Tithi will start on Tuesday, 14 November at 02:36 pm and will end on Wednesday, 15 November at 01:47 pm. According to scholars, the festival of Bhai Dooj can be celebrated on both the dates. Before celebrating the festival, definitely check the auspicious time of both the days.

It is believed that in earlier times, on this day, Goddess Yamuna had fed Yamraj at her home. From that day onwards the creatures of Nar got rid of torture and they were freed from sin and all lived in hell as per their wish. Together they celebrated a great festival which was supposed to bring happiness to the kingdom of Yamalok. That is why this date became famous in the three worlds as Yama Dwitiya.

On the date on which Yamuna fed Yama food at her house, on that date, a person who eats the best food from his sister's hand, gets wealth along with good food.

Five conical figures are made from the rice batter on a Uchhasana (Modha, Generation). Sindoor is applied in the middle of it. In front there are clean water, 6 potted flowers, vermilion, 6 betel leaves, 6 betel nuts, big cardamom, small cardamom, green, nutmeg etc. If there is no pot flower, marigold flower can also remain. Sister washes brother's feet. After this, she sits on the high seat (folded, generation) and Anjali, being tied, applies rice solution and vermilion on both the hands of her brother. He puts honey, cow's ghee and sandalwood in his hands. After this, giving betel leaf, betel nut, potted flower, nutmeg etc. to brother's Anjali, she says - 'Yamuna has invited Yama, I am inviting my brother, the bigger the stream of Yamuna ji, the bigger my brother Age of.' Saying this she pours water in Anjali. She does this three times, then washes hands and feet with water and wipes them with a cloth. Vaccines. After this, roasted Makhan is fed. Brother gives gifts to sister according to his ability. After this, good food is served.

Chhaya is the wife of Lord Suryadev, who had two children, Yamraj and Yamuna. Yamuna loved her brother Yamraj very much. She always used to request them to come to their house and have food. But Yamraj used to postpone Yamuna because of his busy work. Read More...