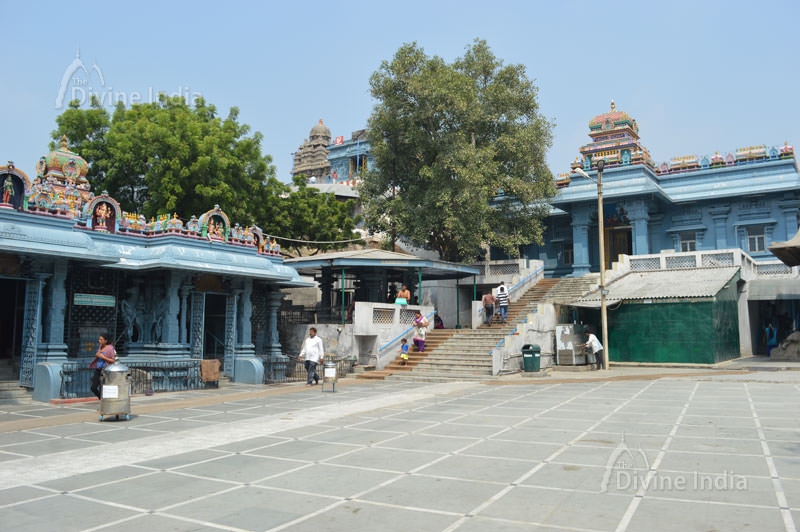 UttaraSwami temple is also known as Malai temple. This temple is one of the most prominent temples of Delhi.  The temple is built as a Hindu temple which is dedicated to Lord Swaminath who is generally referred to as Lord Murugan. The temple is located in sector-07, R.K.Puram, New Delhi. The temple is mostly visited and worshipped by people of Tamil, Telugu, Malyalam, and Kannada origin. The temple is built on a hill and it is built according to the protocols for Lord Murugan temple. One of the slogans of Lord Swaminath is inscribed on a sign board outside the main temple complex in tamil which means “Whose afraid I'm there.” The architecture of the temple is  believed to be inspired from Meenakshi temple  which is a very famous and historical temple in Madurai, Tamil Nadu.

The foundation stone for the construction of the temple was laid on September 8, 1965, by the then Chief Minister of Tamil Nadu Mr. Minjor Bhaktvastaslm. The Prime Minister of India, Shri Lal Bahadur Shastri was also present in that ceremony. The malai temple is built using granite stone. The temple complex is built in accordance with the Chola style. The architecture of the temple reflects the designs of South India. All the main idols of the temple are made of black granite  stone. Just after entering into the temple, on the left side one can find the idols of Lord Karpaga Vigner, Goddess Meenakshi, and Shri Sudreshwar who were elder brother, mother and father of Lord Swaminath. All the walls and roof of the temple are very beautifully decorated with wonderful art work. The idol of Meenakshi devi is very beautiful and wonderful. There is a temple of Navgraha on the right side of the temple of parents of Lord Swaminath. The Navgraha temple has the very beautiful idols of all the nine hindu graha and Lord Shani.

There is also a hall after a climbing a few staircase in the temple. The hall is magnificent and is named as Adi Swami hall. There is also an idol of Nag Devta on the right side of left staircase.

The front staircase leads to the temple of Lord Swaminath, which is also the main temple of the complex. The walls of the temple are decorated with the paintings of various deities. The pillars of the temple have beautiful and wonderful designs of the south India. There are separate queues for males(left) and females(right) for the worship which is applicable everywhere in the temple.

There is also a place on the right side where cultural programmes are organised from time to time.

In the Hinduism, peacock is the vehicle of Lord Swaminath, so the peacocks are reared in the temple and  their presence can be seen and heard in the temple. This temple is very beautiful and offers a glimpse of the temple in South India. 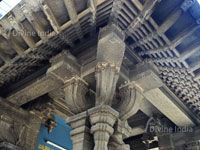 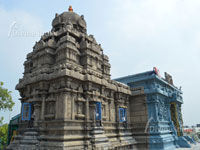 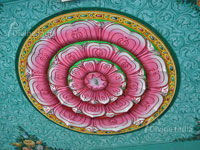 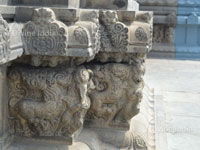 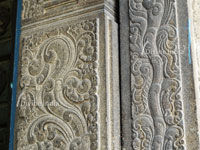 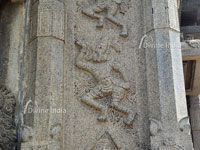 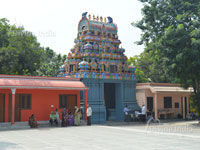 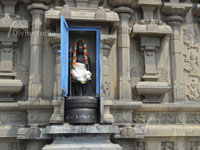 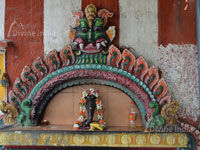 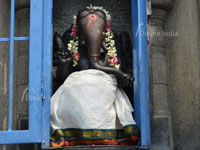 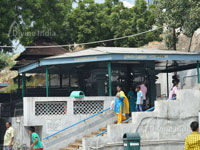 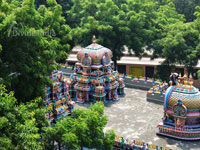 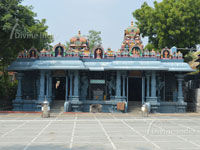 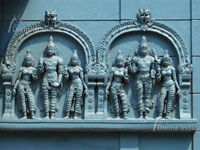